World War I- Address by the National Regent of the Daughters of Isabella, 1917 Convention 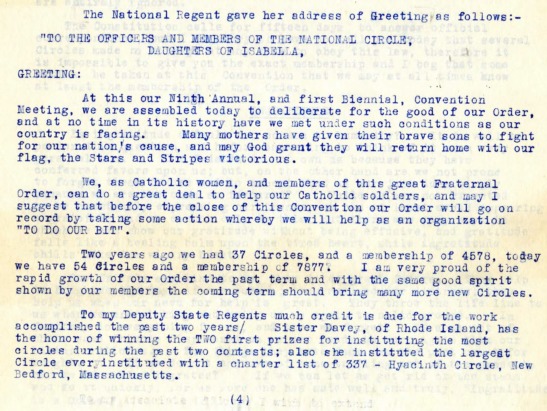 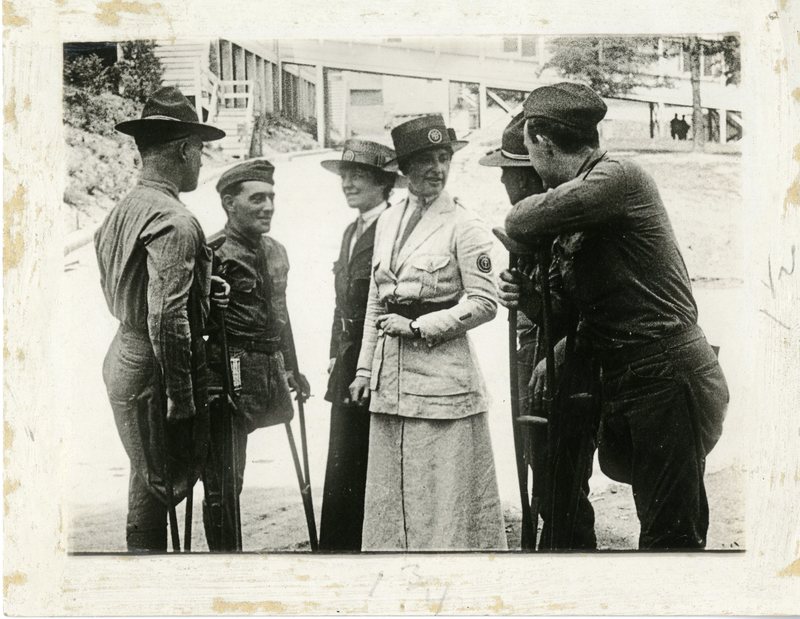 Among the activities of Catholic women in the First World War--nursing and socializing with wounded soldiers, as in the above photo, ca. 1918.

The involvment of the Daughters of Isabella in World War One coincided with a schism within the Order itself, born in part of rapid growth of the organization and the attendant influx of many Catholic women into the middle class, especially those of Irish descent (a group that dominated the Daughters).  The rift eventually resulted in the exodus of a group of Daughters from Utica, New York leaving the order and founding the Catholic Daughters of America in 1921 (the name Catholic Daughters of the Americas would be adopted in 1954, as the group expanded globally).  This document of ca 1918 reflects both the involvement of the Daughters in war activities, such as fundraising and sewing items for needy war victims and the rifts within the organization.  After reading the address, answer the following questions: