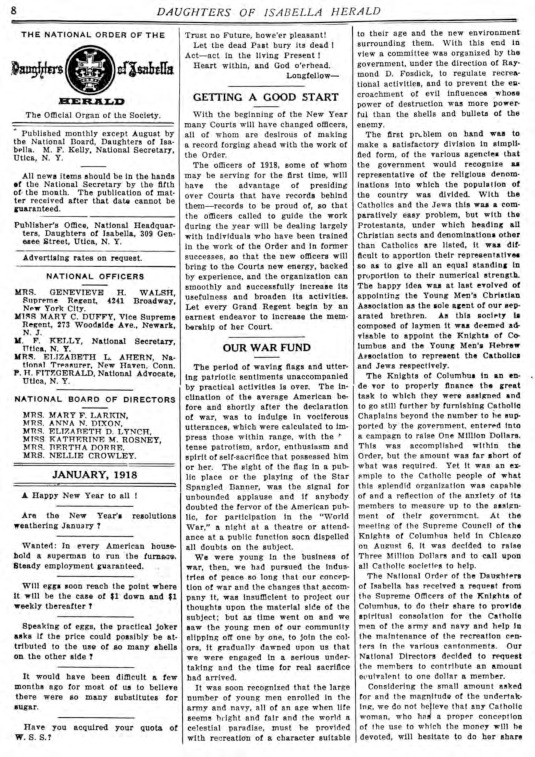 Records of the Catholic Daughters of the Americas, Box 104, Folder 14 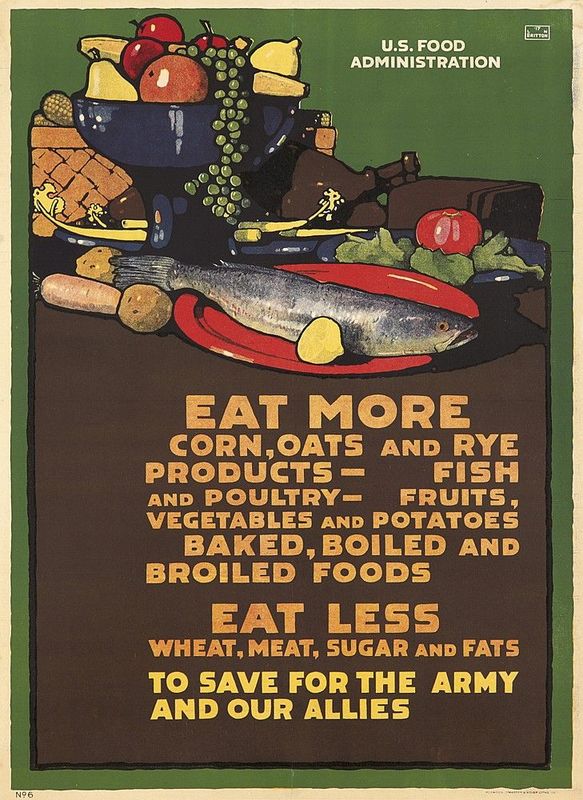 The Herald published posters like this one, created for the Department of Agriculture by L.N. Britton, to encourage readers to conserve food during the war.

3) publicizing the order to potential members.

The M.F. Kelly listed in the masthead as National Secretary of the Daughters was Michael Kelly. Kelly managed the paper and wrote several of the articles, a fact worth contemplating, though by 1918, women were writing much of the content of the Herald.

This is a selection of pages from the Herald dated January 1918.  The U.S. had entered the war nine months earlier.  Hence, this issue was published while the war was in full swing.  Read the Herald and answer the following questions:

← Background: American Catholics and World War One
Next Page:

World War I- Address by the National Regent of the Daughters of Isabella, 1917 Convention →