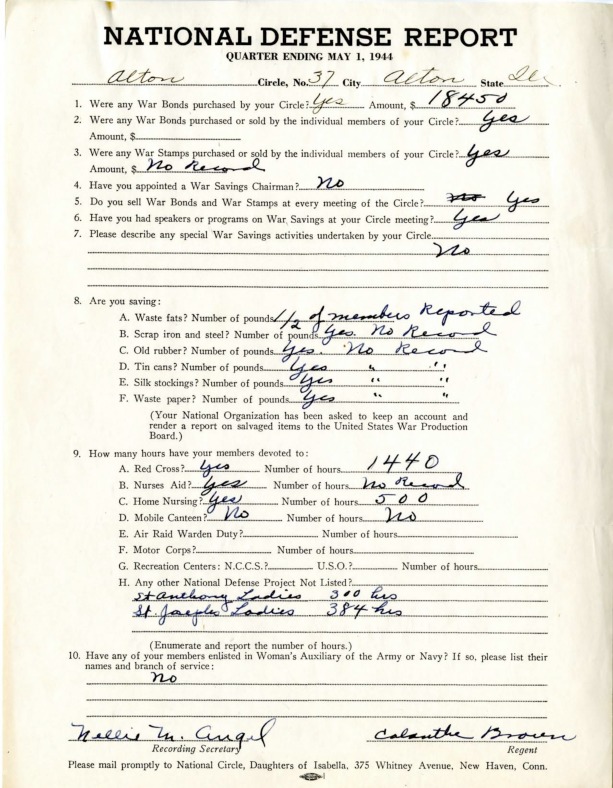 By the eve of World War Two, the Daughters of Isabella had created a Junior Daughters group for young women aged 10-16, as well as a whole host of publications.  They also had drill teams that conducted public performances.  In other words, the organization had developed its means of communication and culture since the World War One period. They also participated in the World War Two effort in great numbers, and documented their activities quite thoroughly.  Here are several National Defense Reports created by the organization toward documenting its activities during the war.  As historical documents, these offer much information on the Daughters' participation in the war effort.

Read the documents and consider the following: