World War II- Plan for Cooperation between Affiliates of the NCCW and the National Council of Catholic Nurses, 1942 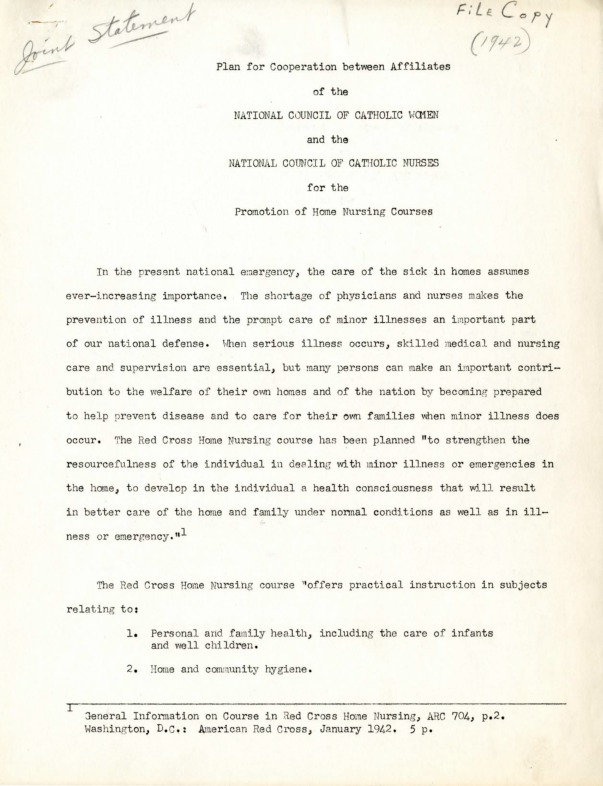 After reading the document, consider the following questions: