American Catholic History Classroom > Exhibits > Catholics and Social Welfare, 1919 > Msgr. John A. Ryan > "The Gospel According to John A. Ryan"

"The Gospel According to John A. Ryan"

When John A. Ryan came of age in the late nineteenth century, Pope Leo XIII was trying to reinvigorate interest in the philosophy of the great Catholic medieval thinker, Thomas Aquinas. This revived or "neo" Thomist philosophy assumed the existence of a natural law, a confidence that certain basic principles of morality were natural, given rules of how the world worked, and all men and women could know them through use of their reason. The basic principles of morality were clearly evident to men and women in nature through the use of their reason; these principles were objective and unchanging - they were clearly there and everyone could know them. John A. Ryan's belief in such a natural law, human reason's ability to comprehend it, and in the essential dignity of every person became the foundation stones of his thinking about reform. Ryan believed that all men and women were endowed with natural rights to the freedoms or resources that they needed to live "right and reasonable" lives. Why would God create men and women, Ryan suggested, unless he wanted them to have all they needed to lead a moral or "right and reasonable" life. Such rights might include the rights enshrined in our Bill of Rights, rights to free speech or assembly, but for Ryan this could also include the right to sufficient resources or proper working conditions to live a moral life.

Ryan acknowledged that natural rights were sometimes hard to define in a fixed list because they were as numerous as the many needs men and women confront in their efforts to live a "right and reasonable" life. Still, he argued, it was very important to try to define such rights and protect them for everyone, because, if someone did not do so, the strong would inevitably overpower the weak and deny the poor what they needed to live right and reasonable lives. Who was that someone? Ryan believed that it was the state or government. States and governments were not imposed on men and women. They were natural and necessary to protect the natural rights of their citizens and promote the "general welfare." Ryan had great confidence in government, and he saw no limit to its powers except what it needed to do to promote the general welfare. The state then in his mind should not only secure its citizens from criminals, or protect their rights to free speech, but also ensure their "rights" to enough wages or working conditions proper to lead a right and reasonable life. Ryan believed in the right to private property but not as an absolute, and he believed even more strongly that all humans should share in God's gift of the earth's bounty, share in it at least enough for each to be able to lead "a right and reasonable life."

Ryan's ideas led him to become a progressive reformer, but they were not necessarily the same ideas that inspired other reform thinkers or activists of his day. John Dewey, for example, rejected notions of fixed and immutable, natural principles, arguing that moral norms and even religion itself must be proved in the test of experience.

Ryan also differed from other Christian reformers both then and now. For a Catholic priest and Christian reformer he spoke very little about Christ and rarely invoked the bible. Unlike many Christian reformers then and now, he also rarely spoke of the need for people to have a change of heart, to be converted to Christ and his teachings, in order to effect reform of society. He pointed only to the need for a change in structures. Many Protestant Social Gospellers also talked about "bringing in the kingdom," mobilizing men and women to create the Kingdom of God on earth, but Ryan rarely invoked such rhetoric of the kingdom. 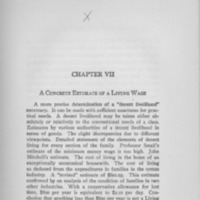 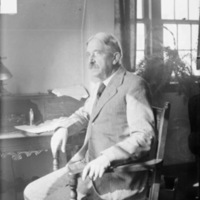 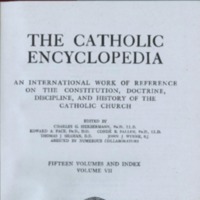 ← The Roots of a Reformer
Next Page:

The Practical Priest: A Reform Thinker and Advocate in the Catholic Church →