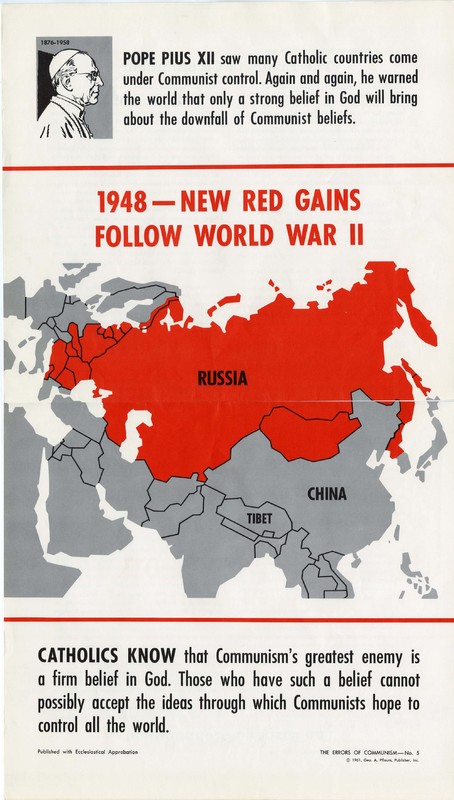 Poster No. 5 in the series of teaching aids on The Errors of Communism.

This is one in a series of posters produced by the Commission on American Citizenship to combat Communism, the “false philosophy that threatens to engulf the world.”

3. Why is it significant that the poster cites “secular authorities” (see first paragraph on reverse side of poster)?

4. What effect do you think such a strong stance against Communism might have had on the perception of American Catholics’ patriotism? 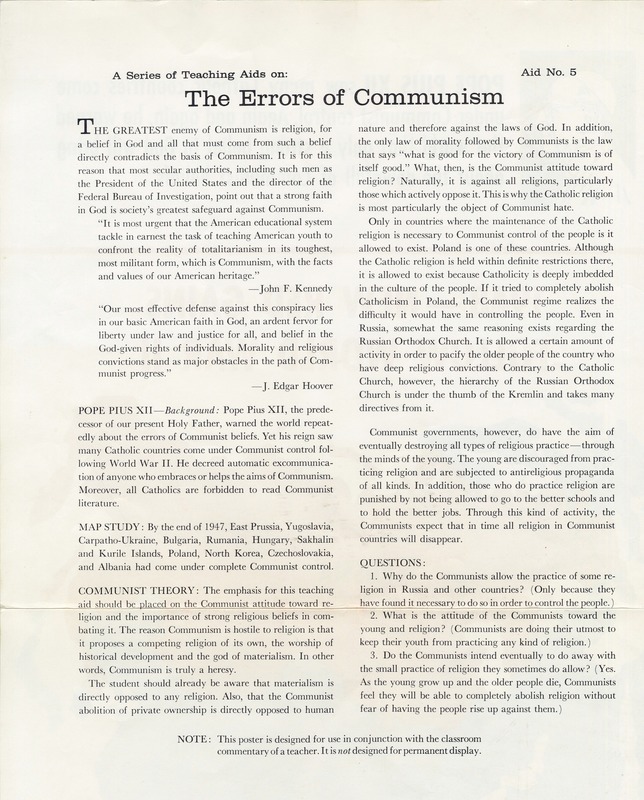 Reverse side of poster No. 5.

Sisters’ Responses to Proposal to Modify the Habit (February 1964) →