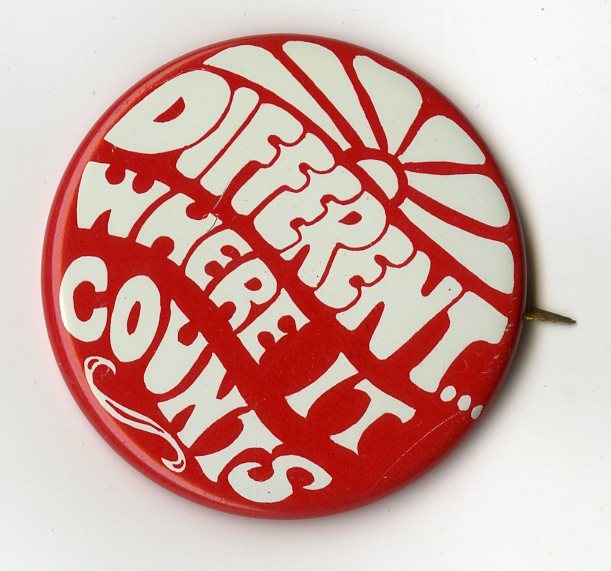 Promotional materials designed by the Diocese of Erie, Pennsylvania in order to publicize Catholic Schools Week in 1974.

These items were enclosed with a letter sent by Joseph F. Wachter, Assistant Superintendent of Schools in Erie, Pennsylvania, to the Rev. C. Albert Koob, then-director of the National Catholic Educational Association (NCEA), on March 8, 1974.

Wachter explains: “Enclosed you will find some materials that the Diocese of Erie has used this year in order to publicize Catholic School [sic] Week. The small postcard is a mini of the 40 billboards that were distributed throughout the Diocese.”

Koob replied on March 14, 1974: “When I look at your efforts I know that we are going to win the war of survival in spite of the Supreme Court.”

Koob was alluding to the Court’s decision of June 25, 1973 in Committee for Public Education v. Nyquist, which found that various financial aid programs for nonpublic elementary and secondary schools in New York violated the Establishment Clause by advancing the religious mission of Catholic schools.

1. How might you restate the main idea of the slogan “Different Where It Counts” in your own words?

2. What do you think Catholic schools are trying to differentiate themseleves from?

3. How does the idea of being “different” play into the concept of parental choice?