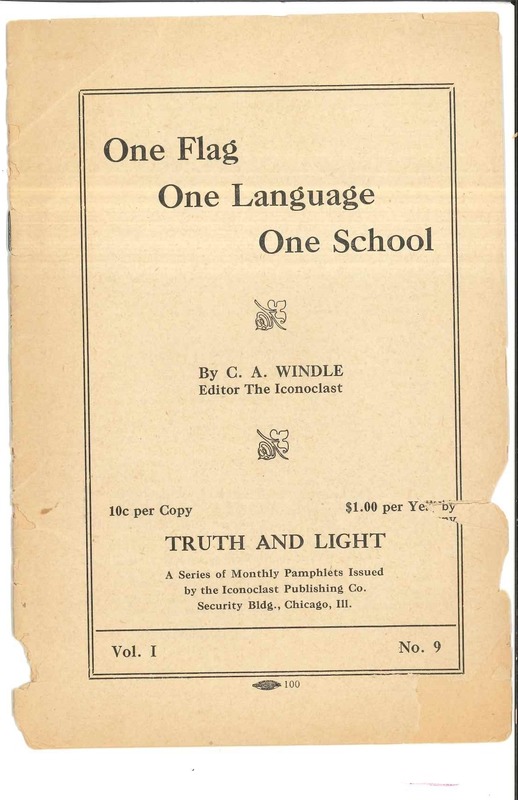 In this pamphlet, C. A. Windle argues that the “anti-parochial school campaign is merely one phase of the anti-Catholic crusade.” He cites the Smith-Towner Bill, which effectively set the movement for compulsory public education in motion, and alludes to other “bills which have for their ultimate object the destruction of Catholic schools.” (In a few years, the Oregon School Case would become the most notorious example.)
Although the pamphlet is undated, the inside cover offers a clue. Under the heading “A Great Man Dies,” Windle laments the death of Cardinal James Gibbons at the age of 86. From other sources we can confirm that Cardinal Gibbons died in March of 1921; therefore, we can assume that the pamphlet was issued sometime shortly thereafter.
Please read the following excerpts from the pamphlet (or click to see the full text).

1. How does Windle’s title — “One Flag, One Language, One School” — use irony for rhetorical purposes?

2. What does Windle mean when he calls the bills “weasel-worded”? (See third bullet point.)

← Documents and Objects
Next Page: