This document was created by the National Catholic Welfare Conference News Service on November 20, 1964, in the course of its coverage of Vatican II. It is an English translation of Cardinal Joseph Ritter’s comments from a few days earlier on the “Declaration on Christian Education.” At the time Ritter was 72 years old and serving as the Archbishop of St. Louis, Missouri. He died in 1967. 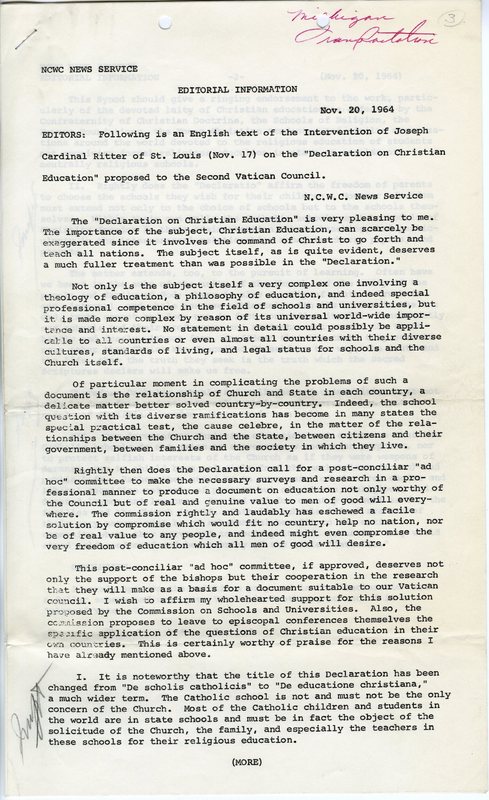 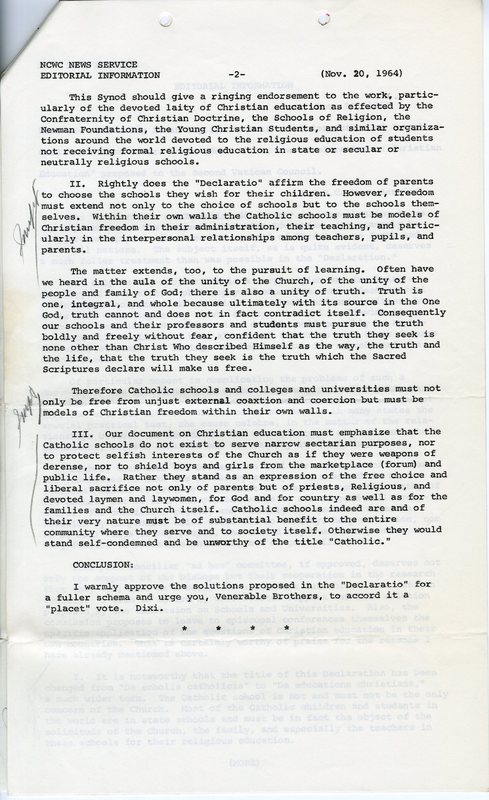 1. Overall, is Ritter’s opinion of the “Declaration” positive or negative?

2. In the third paragraph, Ritter states: “Of particular moment in complicating the problems of such a doucment is the relationship of Church and State in each country, a delicate matter better solved country-by-country.” What does he mean by calling the school question “the cause celebre” in the next sentence?

4. In section III., Ritter states: “... Catholic schools do not exist to serve narrow sectarian purposes, nor to protect selfish interests of the Church as if they were mere weapons of de[f]ense, nor to shield boys and girls from the marketplace (forum) and public life.” Instead, he stresses that Catholic schools “must be of substantial benefit to the entire community where they serve and to society itself.” Is this viewpoint consistent with the prevailing attitude of Vatican II? Explain.

5. What does Ritter mean by calling attention to the word “Catholic” in the last sentence before the Conclusion?

← Sisters’ Responses to Proposal to Modify the Habit (February 1964)
Next Page: