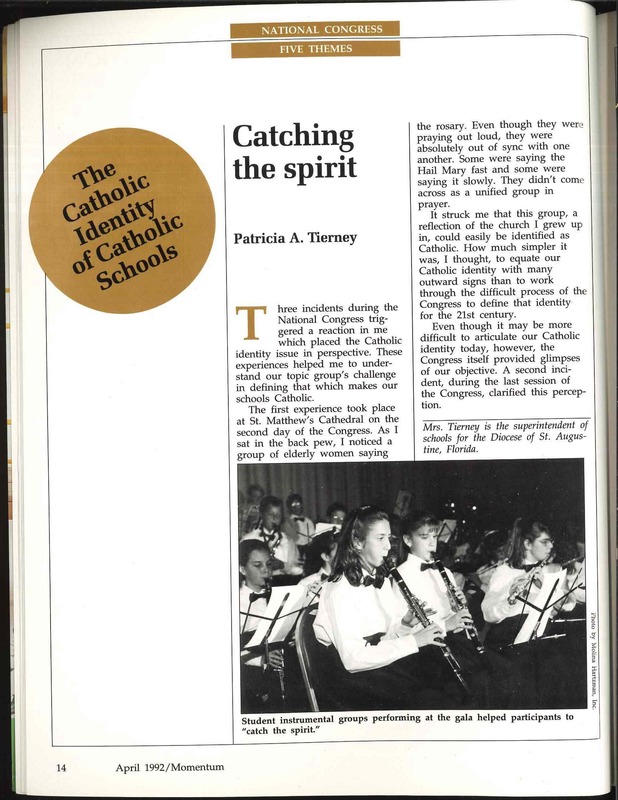 Interestingly, both the 1890s and the 1990s were marked by efforts to articulate the identity of Catholic schools. Situated as they were on the doorstep of the next century, perhaps this is not so strange; the efforts could simply be seen as New Year’s resolutions writ large. But between 1890 and 1990, there had been a notable change in where Catholics stood in the eyes of the American public. Whereas the 1893 Catholic Educational Exhibit at the Chicago World’s Fair endeavored to present the Catholic philosophy of schooling to an overtly hostile public, the 1991 National Congress on Catholic Schools was more about soul-searching than soothing public relations. In short, the 1893 Exhibit explained to non-Catholics “This is what we stand for” while the 1991 Congress asked fellow Catholics “What do we stand for?”