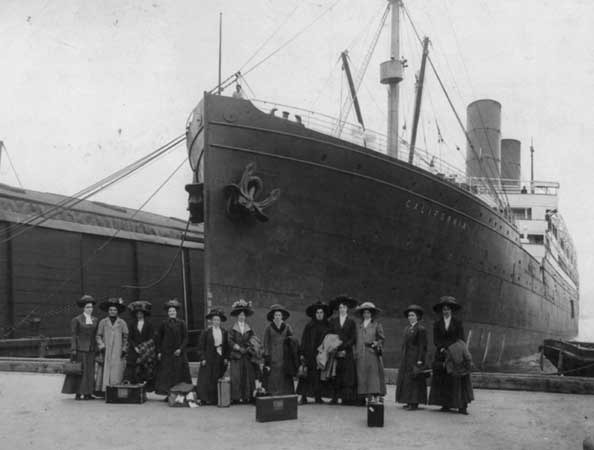 Arrival of immigrant brides-to-be in the United States, 1911
Courtesy of the Library of Congress

The two documents included here were used by the local Boston Catholic Charitable Bureau before the establishment of the NCWC's immigration office in the city. The information gathered through these immigrant entry forms assisted case workers in keeping records of immigrants, which was especially when immigrants married. 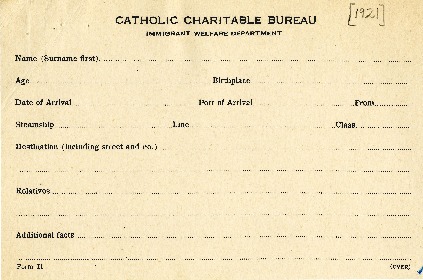