On April 19, 1914, National Guard troops, supported by mine guards, opened fire on a miner’s tent city at Ludlow, Colorado. Though the miners returned fire, they were soon overwhelmed and fled. The troops then entered the camp and began torching the structures there, an action that caused the death of several women and children. By the end of the day, 20 unionists (including women and children) lost their lives. Predictably, the unionists were enraged at the massacre, and began attacking mine employees. Approximately 50 people lost their lives during this period of violence.

During this time, Jones was in Washington D.C. testifying on the strikes in Colorado before the House Subcommittee on Mines and Mining. She described her own experiences in the Colorado mine fields, as well as incidents of violence between the mine operators and miners, making a point to say that she did not and never had condoned strikes. Jones also claimed that had she been in Colorado at the time of the Ludlow tragedy, it would not have happened. “I could have prevented it. I prevented it in West Virginia and I have prevented it in the anthracite regions and other places …. I believe in the pen instead of the sword.” In her closing remarks, Jones said that she did not advocate violence as a means to an end, but instead desired education of everyone involved about labor needs. 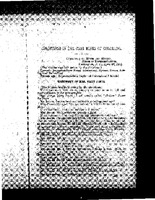 After her testimony in Congress, Jones spoke at the United Mine Workers of America District 14 convention in Pittsburg, Kansas, a week later. Broaching the subject of the Ludlow incident, she said that “every man should shoulder his gun and start to Colorado to stop the war there.” One of the problems with the speech, however, is that Jones purports to have been at Ludlow when the battle began, speaking to one of the leaders there that was killed in the battle, Louis Tikas. The story is probably not true, since Jones was most likely already traveling to Washington, D.C. for her testimony. Whether Jones fabricated the story or merely confused some facts, the effect was probably as she intended, as the local union provided funds for the Colorado miners.

1. According to her testimony, what did Jones hope would be achieved from the labor unrest in Colorado?

2. How did the tone of her speech to District 14 differ from that of her Congressional testimony? 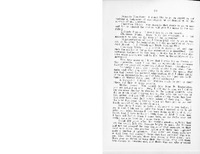