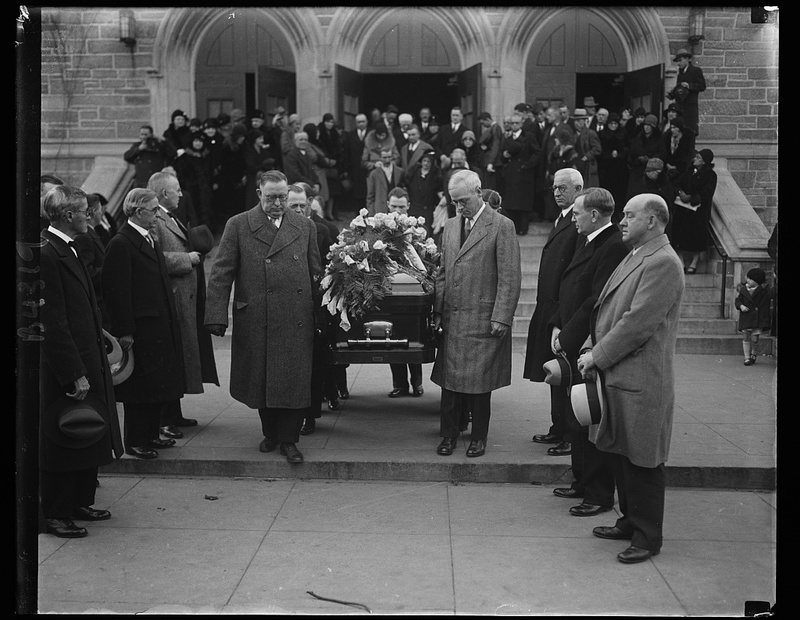 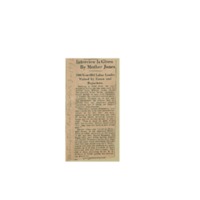 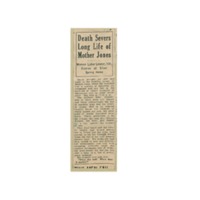 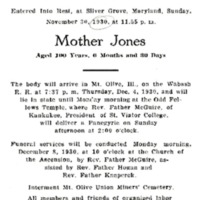 In early October 1930, Jones gave what may have been her last interview, published by the Washington Post. The article describes Jones as being "propped up on her bed" and speaking on "present day political and industrial situations." With the Great Depression just starting to take its toll on the American public, Jones remarked that the American people were at fault for the problem, and at the same time lamented that there were no longer any leaders like Abraham Lincoln. It may have been some of the last public words spoken by Jones on the American labor movement.

Her health continued to decline over the next month until finally, on November 30, 1930, Mary Harris "Mother" Jones died at the Burgess home in Maryland. Though she was stated to be 100, Jones was most likely closer to 93 at her death. After a service held in Washington, D.C., Jones' body was transported by train to Mt. Olive, Illinois, where she was buried in the Union Miners Cemetery on December 8. The article on her death presented here referred to her as the "militant labor crusader, who in black dress and bonnet had faced unflinchingly the fire of machine guns and the wrath of judges...."

1.What is the significance of Jones saying that Abraham Lincoln spoke out about slavery and that "we need more men like Lincoln" at that present time?

2. In the article about her death, does the description of her life seem to match with reality?