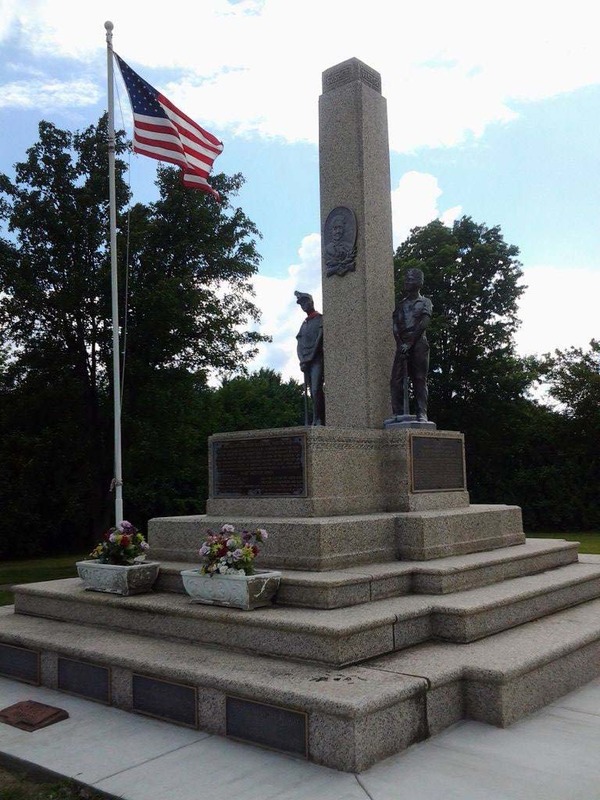 While miners and allies who knew her or were touched by her in some way would cling to her memory for several more years, Jones more or less faded into obscurity after her death. Her way of radical, boots-on-the-ground activism gave way to the much more politicized and legalistic work of John L. Lewis and others. Over the years, more well-known labor leaders such as Lewis, Cesar Chavez, Samuel Gompers, and Frances Perkins would receive their due recognition while Jones did not. The reasons for this are not entirely clear. Jones was never a leader in the United Mine Workers of America or any other union or party; instead, she spent the majority of her time as an organizer.  Little is known about Jones' background, or how much of what she said about herself or what others said about her is actually accurate. It is also a question of how successful she was in her efforts, as more times than not strikes she was involved in were put down and very little was gained. Though she did encourage many to join the ranks of the union, many also fell away.

Despite this, however, Jones is more than a mere footnote in history. Even if her efforts ultimately did not all succeed, she was responsible for raising awareness of the need for unionization among workers. She may not have always been liked by her opponents, but she seemed to be respected by the likes of Presidents Taft and Roosevelt, industrial magnates such as John D. Rockefeller, and numerous state and local politicians and business leaders. Jones' hands-on approach to unionization endeared her to a generation of workers who would only know her as "Mother," and she would know them as "her boys." 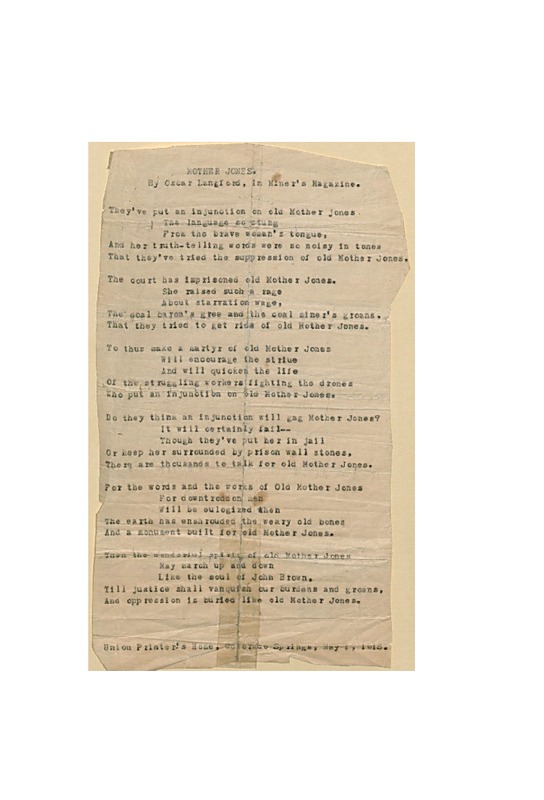 Her memory came back during the tumult of the 1960s, as more liberal organizations began to take note of her tactics. Mother Jones magazine was established in the 1970s, her letters and speeches published in the 1980s, several biographies were written, and in 1992 she was honored as an inductee to the U.S. Department of Labor's Hall of Honor. At her passing, music legend Gene Autry, in one of his earliest works, recorded the song "The Death of Mother Jones," (a transcription of the song can be found here) and poems such as the one presented here were written about her. It may not have been fame that Jones ultimately sought, however. As she said in the only known recording of her voice, "I long to see the day when Labor will have the destinies of the nation in her own hands, and she will stand a united force and show the world what the workers can do."

1. According to the poem, what was the legacy of Jones at the time of her death?

2. In the years since her death, has that legacy changed? If so, how?