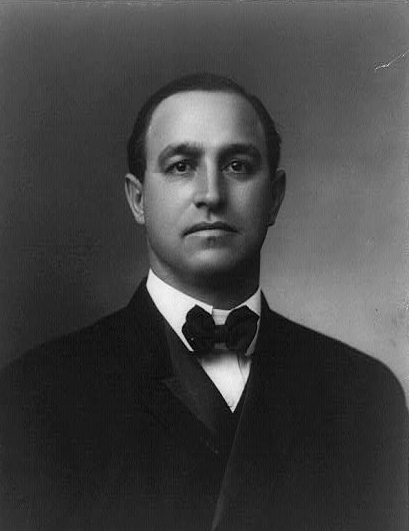 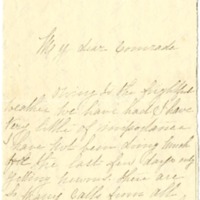 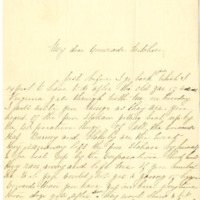 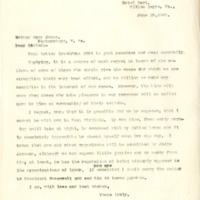 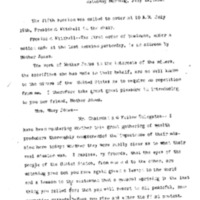 The year 1902 was possibly the most eventful of Jones’ early life as a labor rights advocate. It began much the way 1901 ended, with Jones organizing in the coal fields of West Virginia. Her confidence in her ability to bring men into the union led Jones to boast in a February letter to John Mitchell that given the money and enough men to assist her, “I will give you this State organized inside of a year.”

However, mine operators and their allies in political offices did not make such a promise an easy one to keep. Violence increased against union organizers and those miners that joined, with Jones specifically mentioning in her Autobiography and in a letter to Mitchell that she and a group of organizers were ambushed by mine guards one night. One of those organizers, Joe Poggiani, was severely beaten, and Jones wrote that she tore strips of her petticoat to bandage some of his wounds.

In addition to the use of physical violence, federal circuit court Judge John J. Jackson also issued an injunction against union organizing, ruling that such could threaten the interests of out-of-state investors.  Jones ignored the ruling and continued to work, which led to her arrest along with other organizers June 20. Mitchell expressed his hope that she would be acquitted, but wrote that if she were not, he would contact President Theodore Roosevelt about a pardon. A month later, on July 24, Jones and others were tried by Jackson on charges of contempt. All were found guilty and given 60-day jail sentences, though Jones’ sentence was suspended (Click here to read Jackson's decision). According to her Autobiography, it was during this trial that U.S. District Attorney Reese Blizzard allegedly referred to Jones as “the most dangerous woman in America.” (pg. 51). Jones traveled to Pennsylvania after the trial, spending her time organizing the anthracite fields, and returned periodically to West Virginia, but by mid-1903 the strike in the latter had ended.

1. What do Jones' letters to Mitchell indicate about the work, both positive and negative, in West Virginia?

2. What reasons did Jones give for the arrest of herself and other organizers in West Virginia?