Speech at the 1913 UMWA District 15 Convention 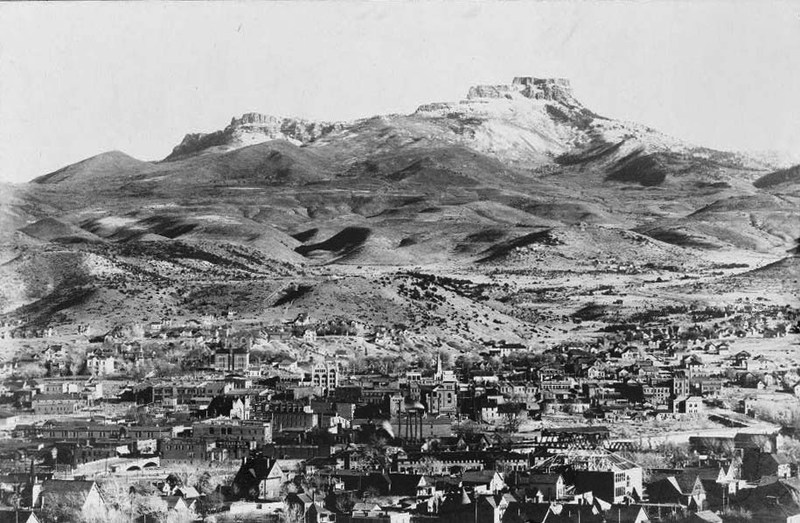 In the fall of 1913, after her release from a West Virginia prison and a brief stop in New York City, Mother Jones returned to Colorado. The situation had not improved since she left in 1904. Due to the defeat of the strike from that time, union membership had dwindled, but labor conditions had not improved. Operators again asserted their authority harshly, culminating with the shooting death of union organizer George Lippiatt in August 1913. Jones' biographer Elliott Gorn writes that this helped to galvanize the labor movement in Colorado.

Jones arrived in Colorado in September and immediately set out doing what she did best: organizing. By the end of September, approximately 90 percent of miners in Colorado walked off the job after United Mine Workers of America demands that included an eight-hour work day and abolition of the mine guard system were not met. Operators responded with violence and evictions, and soon tent cities began to appear across the state. The situation grew worse in October when Colorado Governor Elias Ammons ordered the National Guard under General John Chase to institute what amounted to martial law. Jones was active outside the state at this time as well, going to the East Coast to raise money and seeking a Congressional investigation of the situation in Colorado. She also went to El Paso, Texas, to prevent Colorado National Guard troops from escorting Mexican strikebreakers to the state. 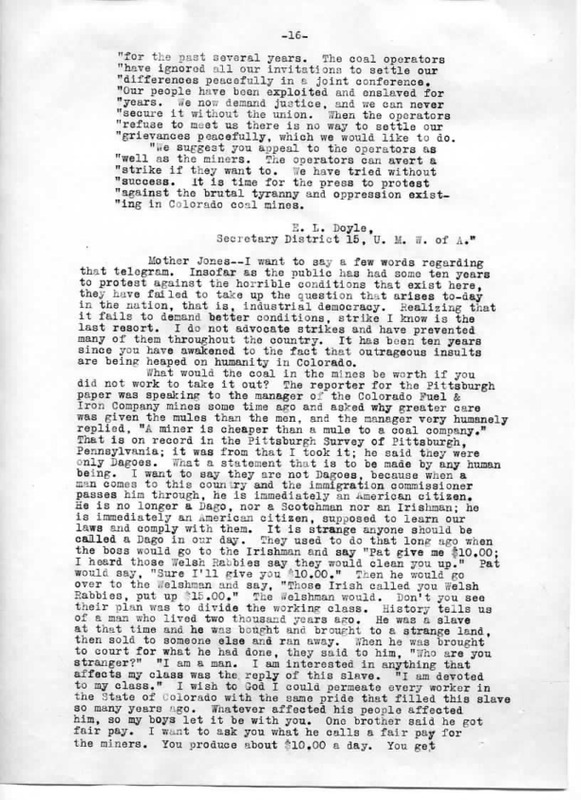 The speech presented here is the only surviving Jones speech from the strike era, in which she said she never attempted to encourage strikes. However, she also declared that "The time is ripe for you to stand like men. If the operators don't come to time, we will. This thing of standing for slavery in this country is going to come to an end."

1. Based on this speech, what was Jones' attitude about strikes?

2. How does Jones encourage the miners to act during this standoff with the mine operators?