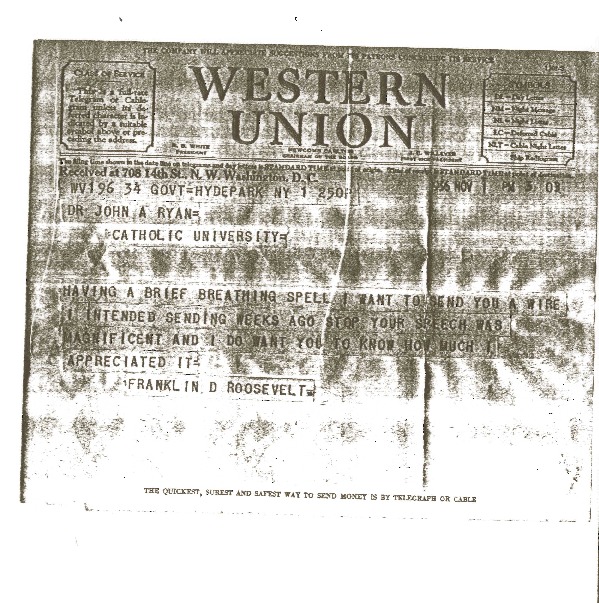 Father Ryan's "Safeguard" speech fulfilled Ryan's goal of helping Roosevelt win re-election, despite the harsh responses it engendered from Coughlin supporters and from some members of the Catholic hierarchy. Ryan believed until his death that this speech was one of the noblest deeds that he ever performed on behalf of his country, because it helped ensure four more years in which Roosevelt's New Deal programs could work towards social justice. Roosevelt sent this telegram sent a week after the election victory to thank Fr. Ryan for his efforts.

As you read the document, reflect on the following question: