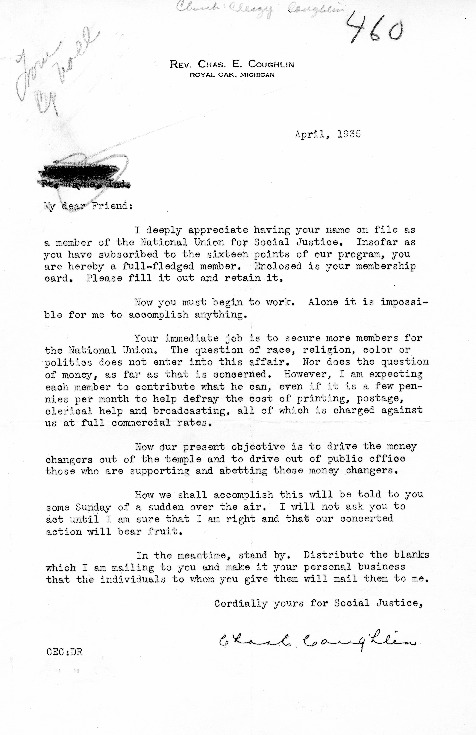 Father Coughlin's original sixteen-point plan for the NUSJ involved lobbying the federal government for economic and social reform. In this letter, written five months after his letter to Earle Jewell, Coughlin's tone and language have altered, a result of his changing attitude toward the Roosevelt administration. The goal for the NUSJ now, he says, is to "drive the money-changers out of the temple." The money-changers phrase quickly became a major motif in Coughlin's speeches and publications.