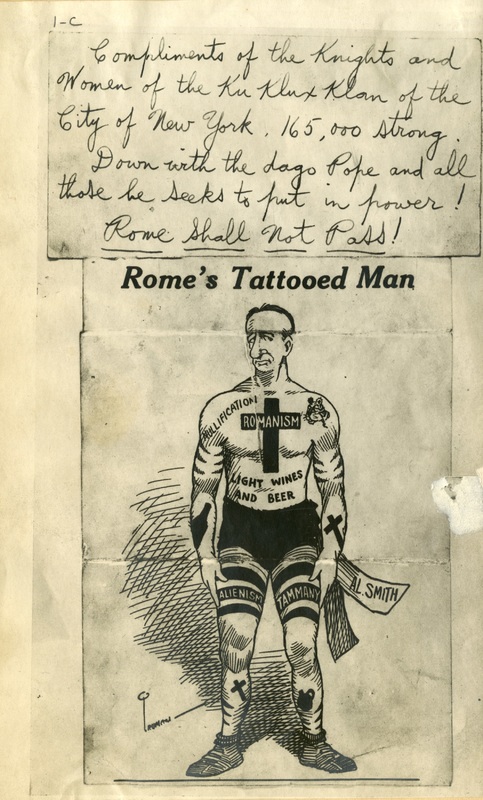 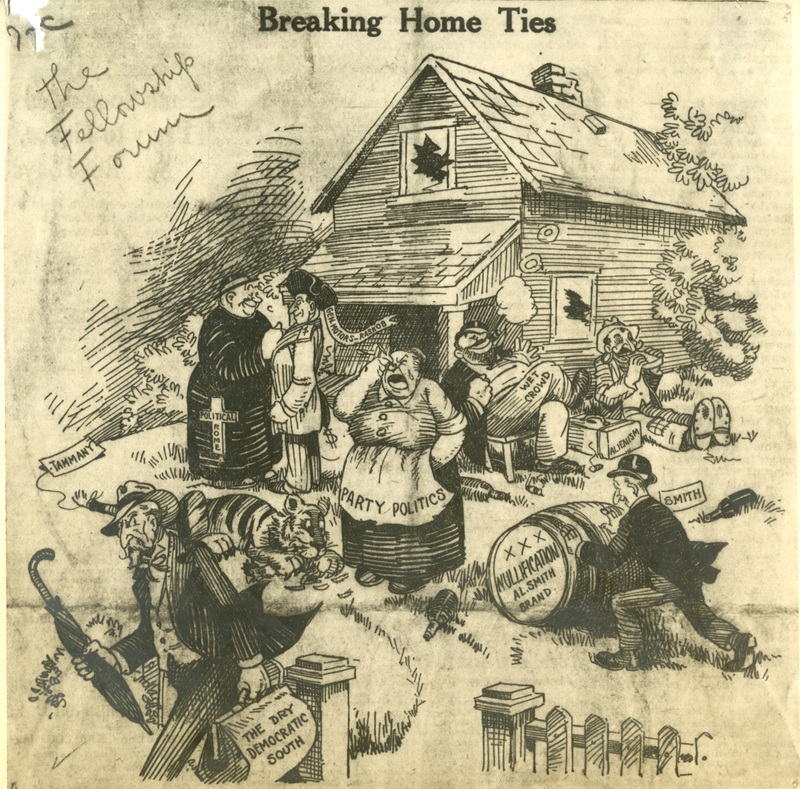 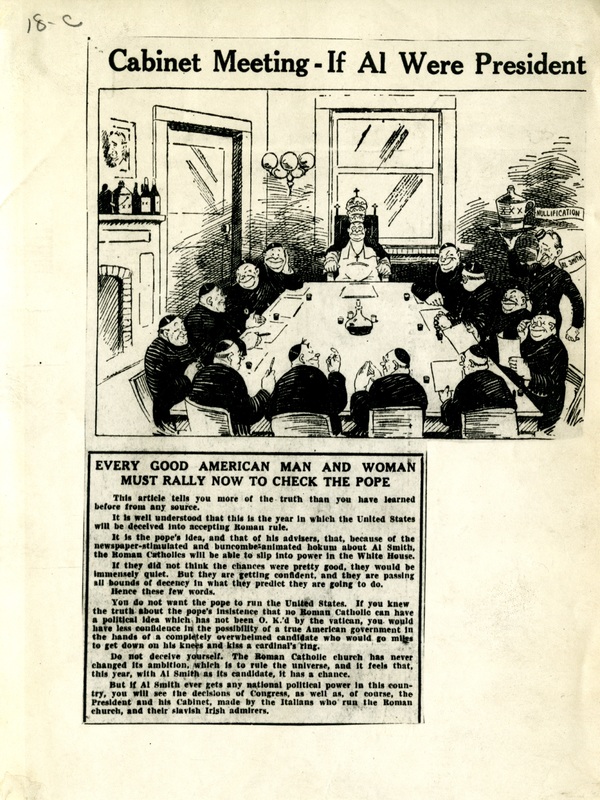 Anti-Catholic cartoons created in the wake of the Al Smith Democratic candidacy for President in 1928.  Smith was the first Catholic to run on the ticket of a major party in the U.S.  He experienced massive opposition and discrimination on the part of non Catholics during his candidacy.

Site on Anti-Catholicism in the U.S.: