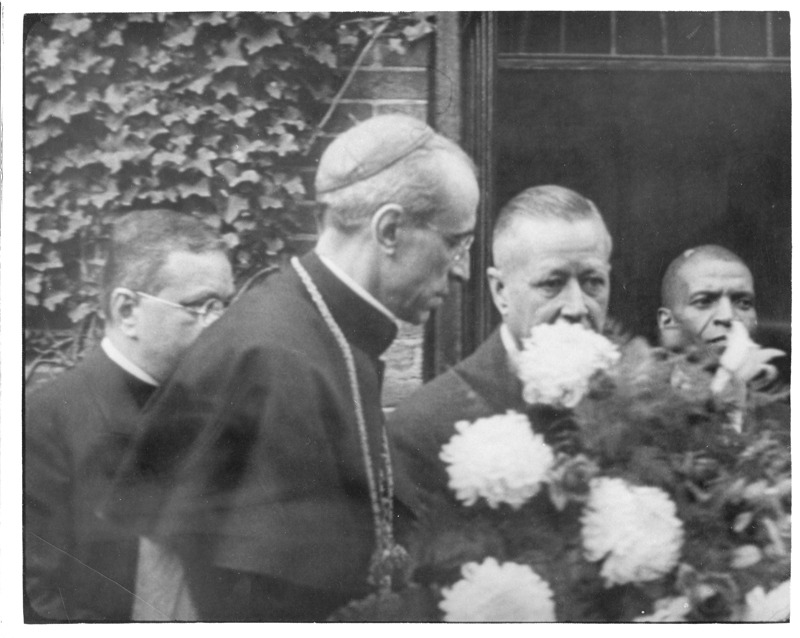 Eugenio Pacelli served as Cardinal Secretary of State for the Vatican from 1917 until his election as Pope Pius XII in 1939.  In 1936 he visited the United States for two weeks, making him the highest ranking Catholic to ever visit the U.S., and the first pope, though he would not be pope for three years.

Pacelli's visit was a diplomatic one.  It laid the groundwork for the appointment of Myron Taylor as Franklin Roosevelt's representative to the Vatican in 1939.  It also signalled the Vatican's concern with the activities of Radio Priest Father Charles Coughlin.