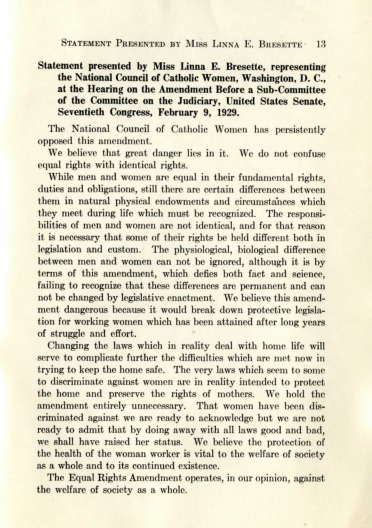 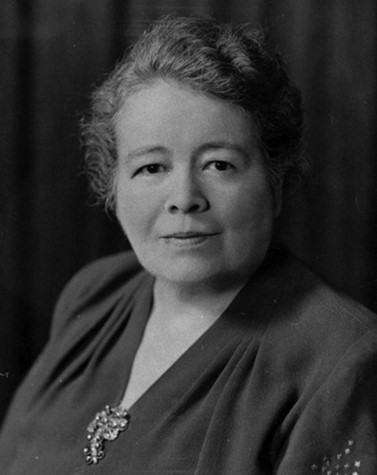 Linna Bressette testifies against the Equal Rights Amendment in 1929.  In 1923 Alice Paul, founder of the National Women's Party, wrote a version of the Equal Rights Amendment that she believed followed the passage of the 19th Amendment giving women the right to vote in 1920.  The ERA guaranteed "equal justice under law" to all citizens. The ERA was introduced into every session of Congress between 1923 and 1972.

Here, Linna Bressette testifies against the ERA on behalf of the National Council of Catholic Women.

For more on Bressette:

For more on the National Council of Catholic Women: