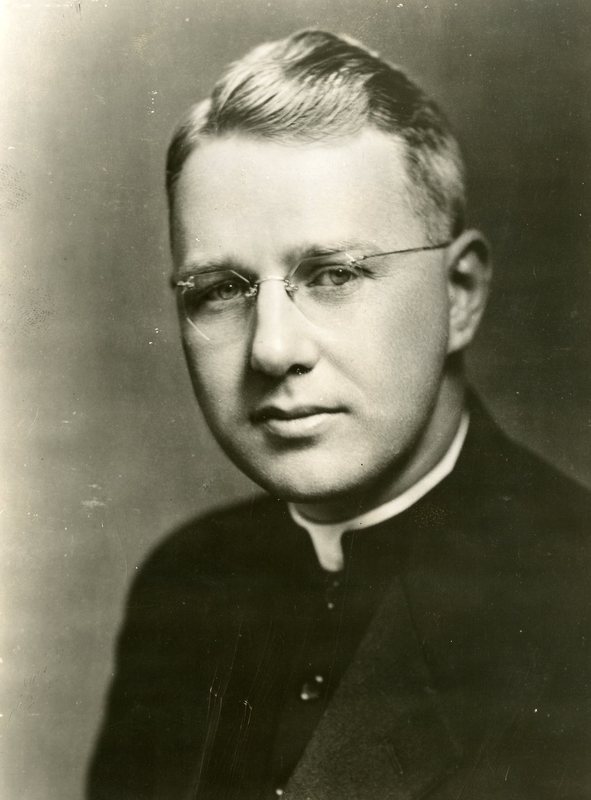 Social Action Department assistant director Rev. John F. Cronin was never one to shy away from controversial issues. In the aftermath of World War II, Cronin was a leading opponent of Communist influences in the United States, taking stands against the Communists in U.S. labor unions in particular. In the 1950s and 1960s, Cronin also became a leading proponent of civil rights, responsible for drafting some of SAD’s statements regarding race. In 1963, the same year that the NCWC released its Pastoral Letter on racial issues, Cronin authored an article titled “Religion and Race” that was printed in Extension magazine describing the events of the National Conference on Race and Religion, held in January 1963 in Chicago. The conference, which was made up of Catholic, Jewish, and Protestant religious leaders, was the first of its kind in the United States, as it sought ways churches and synagogues could better respond to the problems of racism.

Cronin argued that inter-faith cooperation in opposing racism had been “spotty” until this conference. He reported that the religious leaders came to a consensus that “no one who accepts God as a father may discriminate against any of His children. As one speaker put it, racism is blasphemy.” The conference attendees divided into working groups and came up with several suggestions that the religious groups in attendance could provide, including: support to pastors who lose their jobs due to their opposition to segregation; use of church/synagogue economic power to influence fair employment practices; and support for open housing for African Americans. 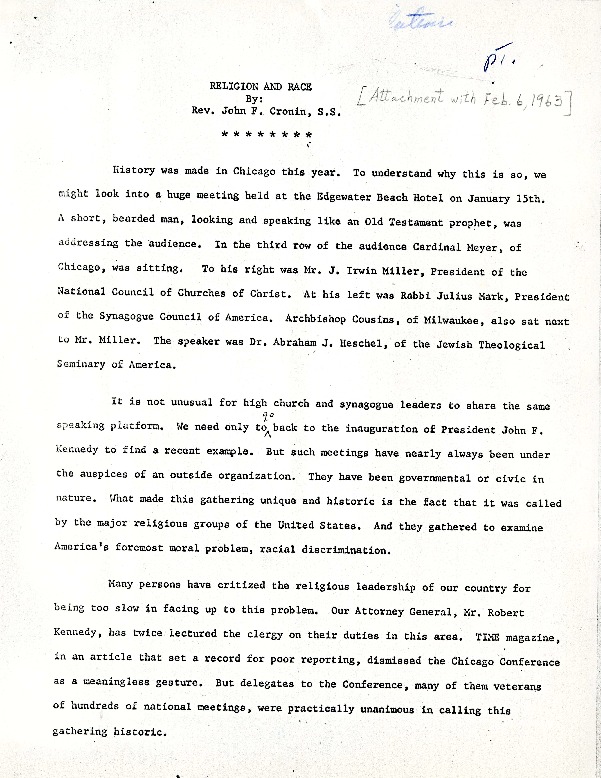 "Religion and Race"
Courtesy of ACUA

If it achieved nothing else, the National Conference was a united front against racism created by religious leaders at the national level. Cronin concludes that Christ’s teachings “transformed pagan Rome. The challenge of the National Conference on Religion and Race is that of summoning equal resources, with God’s help, to transform the face of America.”

1. In Cronin’s view, what was the major success of the National Conference on Religion and Race?

2. Why did the delegates to the conference caution against merely working for African Americans instead of working with them?