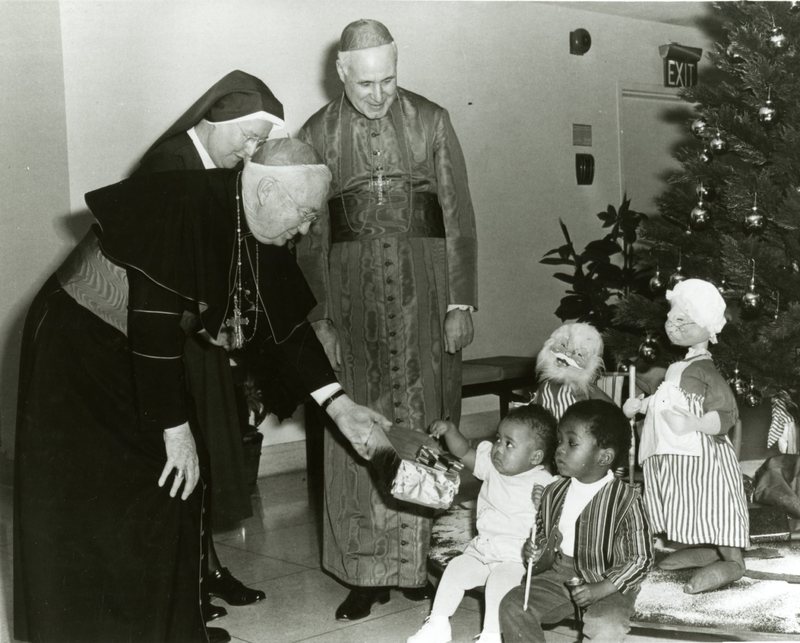 When the Archdiocese of Baltimore-Washington was split in 1947 and Patrick O’Boyle became the first archbishop of the newly created archdiocese, the parishioners of the capital city probably had no idea of the progressive nature of their new leader. It did not take long for them to find out. O’Boyle (later Cardinal) had as one of his first goals to end segregation within his diocese, including the school system, starting with the city of Washington first and then expanding to the southern counties of Maryland that were part of the archdiocese. It was not a fast process, as O’Boyle moved deliberately and cautiously, aware of the tumult that could result from such moves, but change did occur, with the city’s parochial schools experiencing varying degrees of integration prior to the Supreme Court’s Brown v. Board of Education ruling in 1954. Integration in southern Maryland would take longer, with significant strides not made there until the mid-1960s.

Prior to these successes, O’Boyle addressed the issue of African American equality in a sermon given at a vocation rally held in Washington, D.C. in March 1950, an excerpt of which published by the Washington Catholic Interracial Council is presented here. O’Boyle argued that the Church had an obligation to meet the spiritual needs of African Americans, and that all were created equal regardless of race. He also ends with a stern warning: “Unless the full resources of the Church are placed at the disposal of every single member of the Church and made available to every man, there is no catholicism worthy of the name. Our Sacraments and our societies, our Mass and mysteries of the Faith are a common possession, just as God is OUR Father.”

What is the focus of O’Boyle’s “mission of the Catholic Church to the Negroes of the United States?” How does his focus differ from that of groups such as the Social Action Department and the Catholic Interracial Councils?