Ministry to African Americans in the Jim Crow South 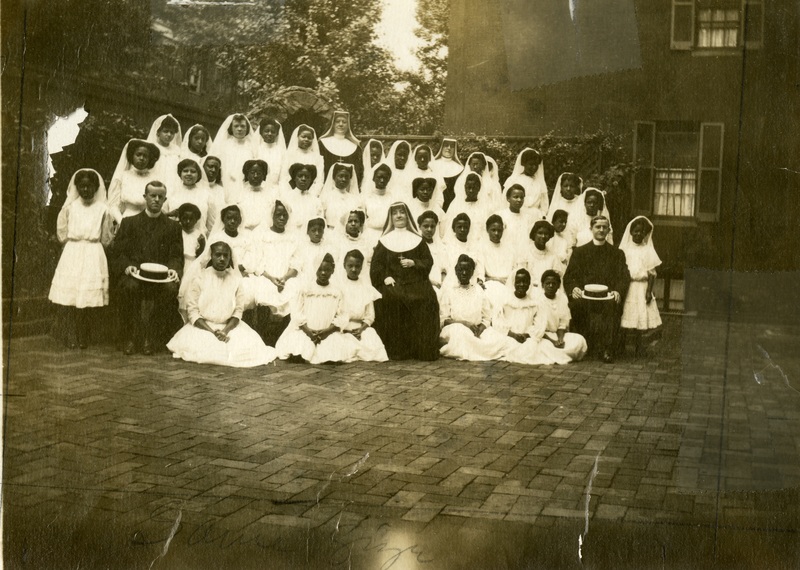 When Anna Frances Hartwell, an Episcopalian white woman from Chicago, converted to the Catholic faith in 1885, many of the civil rights which African Americans had achieved in the aftermath of the Civil War were falling away, especially in the former slave-holding states of the American South. The United States Supreme Court would eventually uphold this new racist regime, known as Jim Crow, in the 1896 case Plessy v. Ferguson, justifying its existence on the basis that the races would be “separate but equal.”

In 1888, three years after her husband's death, Anna Hartwell moved to Baltimore, Maryland, to do social work and hold catechism classes for the city’s African American population.  Hartwell came to Baltimore at the request of the Catholic priest and son of Irish immigrants, Fr. John R. Slattery. From 1893 through 1904, Fr. Slattery served as Superior General of the Society of St. Joseph of the Sacred Heart, at that time the leading organization advocating that Catholics evangelize African Americans (most of whom were Protestant) and admit black men to the priesthood. In this capacity, Slattery was a deeply divisive and controversial figure, as his pro-integration positions angered many other Catholics.[1] Indeed, linked to the next page, "Documents of their Ministry to African Americans," is an essay Fr. Slattery wrote in 1904 defending himself against, among other things, the implication that his missionizing to African Americans was akin to "Americanism," which Pope Leo XIII had declared a heresy in 1899.

To assist him in his efforts of converting African Americans to the Catholic faith, Slattery reached out to likeminded women like Anna Hartwell and the famed nun and future saint, Katharine Drexel (whom Pope John Paul II canonized in 2000). In 1890 both women decided to convert to the religious life and establish new communities; Drexel instituted the Sisters of the Blessed Sacrament for Indians and Colored People in Philadelphia, and Hartwell founded the Mission Helpers of the Sacred Heart in Baltimore, over whom Fr. Slattery acted as spiritual director. When she took her vows Anna Hartwell adopted the name Sister Joseph, and she and four other women moved into a home together on Biddle Street in Baltimore. In 1893 she assumed the title Mother Joseph. 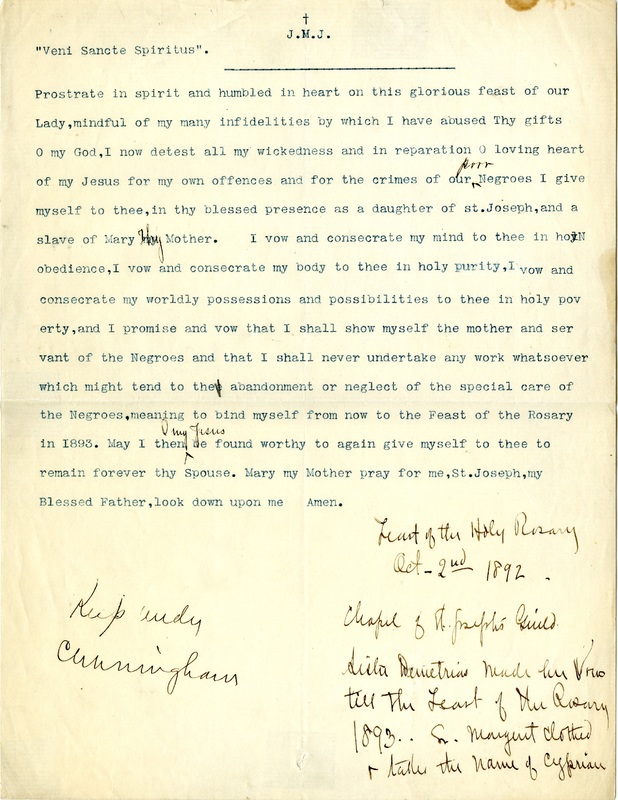 The Mission Helpers in these earliest days were wholly committed to doing mission work amongst African Americans. Indeed, when Mary Cunningham, a Baltimore native and child of Irish immigrants, joined the small community in 1891, she took the name Demetrias, who was a fourth-century virgin in Africa about whom another African saint, Augustine of Hippo, had written. Under Mother Joseph’s leadership (and with Demetrias soon taking the role of Mother Assistant), the Mission Helpers established religion courses for African American children and adults as well as vocational schools for girls. Some of the girls who attended and received baptism at these schools eventually entered religious life themselves (like Fanny Curry, who took the name Sister M. Gertrude, see photograph). Yet despite their work with African American communities, the first generation of Mission Helpers also played a role in upholding the ideology that the races were to remain separate. In a letter of May 17, 1910, for example, Mother Demetrias states that a woman who was an otherwise suitable candidate for joining the Mission Helpers was to be rejected because of her skin color. Nevertheless, because the women of the Mission Helpers actively engaged with Baltimore’s African American population, many white people (both Catholic and Protestant) rejected them. 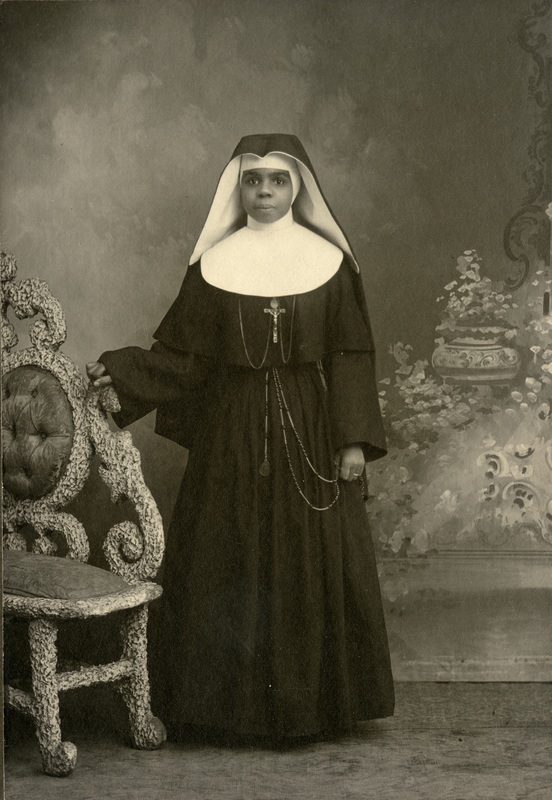 By 1895 the Mission Helpers desired to expand their ministry regardless of race to all “the poor, the afflicted and the neglected, who by reason of their condition or circumstances have little or no opportunity of learning the truths necessary for leading the life of practicing Catholics.” When Fr. Slattery, still a zealous advocate for missionizing African Americans, opposed expanding their mission, the Mission Helpers petitioned the Archbishop of Baltimore, Cardinal James Gibbons. Cardinal Gibbons endorsed the change and in 1896 replaced Fr. Slattery with Fr. Peter Tarro as their spiritual director. Although from that point on the Mission Helpers’ had broadened the scope of their ministry, they continued operating the schools they had developed in the early 1890s and work amongst African Americans remained an essential feature of their mission.

Documents of their Ministry to African Americans →