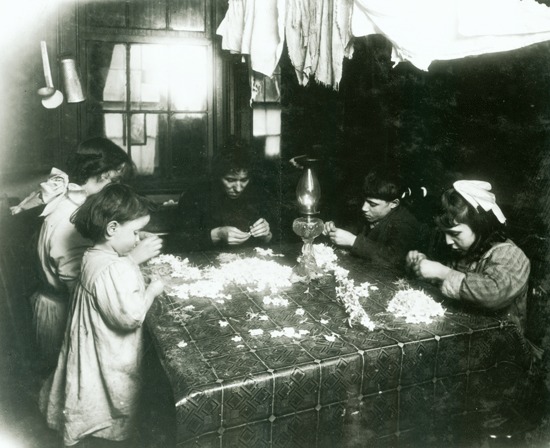 The living wage question grew out of the issue of "wage slavery." Before the Civil War, wage labor, defined as payment to an employee based on hours or days worked, seemed to be at odds with ideas about citizenship in a democratic republic. The idea of the independent, self-employed individual working his own farm or running his cobbler shop was tied to the idea of an independent citizen. Citizens in a republic, the thinking went, could not be free if they worked for someone other than themselves. As a result, individuals of the pre-Civil War years likened wage work to the situation of enslaved African Americans of the nation.

With the end of institutionalized slavery and the expansion of industrialization, however, more and more independent tradesmen and farmers found themselves pushed out of their trades by the new industries, which could produce the goods once made by independent merchants far more cheaply. Many were forced to take jobs in factories. As more Americans found themselves working in the nation's industries, the term wage slavery gave way to a preoccupation with settling on a living wage, a precise amount of money that would enable workers to exercise their rights as citizens of the republic.

While most agreed that a living wage should enable the chief male breadwinner to feed and clothe his family properly, to have access to restful recreation, to educate himself through a variety of publications for the duties of political citizenship, exactly what constituted a living wage was a highly controversial issue. Moreover, much of the public discussion of the living wage focused on the male as the family's chief breadwinner, far less on the position of the woman wage worker, of whom there were many at the time. Reflecting the gender discrimination of the period, many individuals of the turn of the century tended to see women as working only prior to marriage, or to supplement the family income, rather than as workers in need of a wage on par with men's. The head of the influential American Federation of Labor, Samuel Gompers, offered one definition of the living wage that should be seen in this context. In 1898 Gompers said that a living wage should be "sufficient to maintain an average-sized family in a manner consistent with whatever the contemporary local civilization recognizes as indispensable to physical and mental health, or as required by the rational self-respect of human beings." As this comment suggests and as historian Lawrence Glickman has shown, the American worker of the turn of the century came to understand a living wage in terms of his and his family's full participation in a consumer society. Workers wanted to function within the industrial democratic society, to benefit from its material fruits and to be able to express themselves as informed citizens. How much did the worker need to live this kind of life?

The answer to that question is that there was no single answer. As society became increasingly consumer-oriented, offering access to material goods like telephones and bicycles, among other things, the definition of what constituted a living wage became more and more slippery. 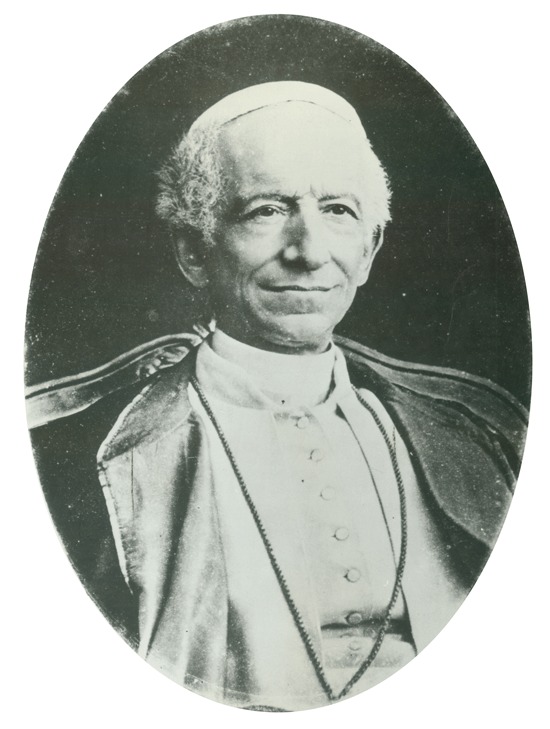 As Ryan's writings show, however, settling upon a living wage that would enable members of a Christian family to live healthy religious lives in their communities was no easy task. In 1905, for example, he calculated that anything less than $600 a year did not constitute a living wage for an average workingman's family. By 1918, in response to cost of living changes and the transformation of consumer tastes, he revised his estimate for that same family up to $1,386. Ryan defended the hardworking wage earner, arguing that the worker had a right to a wage that would enable him to support his family in a Christian manner and in modest enjoyment of the material goods the society had to offer. When it came to pinning that wage down, however, he realized that such a task was extremely difficult in an increasingly consumer-driven society.

The documents on this website reveal Father Ryan as an articulate critic of the kind of consumption that blocked the spiritual and religious development of the family. He abhorred the acquisition of objects like large homes and expensive furniture, usually purchased to elevate oneself above others. He criticized gluttony, the eating of delicate and rich foods that were consumed for enjoyment rather than nourishment. Finally, he was an outspoken critic of a trend that was just emerging at the time and which is still with us today, the practice of limiting family size. In making his arguments for a living wage, for limited consumerism, and against the limiting of family size, Father Ryan drew from Catholic doctrine and especially Pope Leo XIII's 1891 encyclical, Rerum Novarum, which laid out the Catholic position on the rights of labor. At the same time, like other social critics of his time, he was uncertain as to exactly when moderation shaded into excess.

The documents on this site reveal the historical aspects of the question "How Much is Enough?", the difficulty in arriving at a clear answer, and perhaps allow us to become more aware of our own materialist and consumerist tendencies.