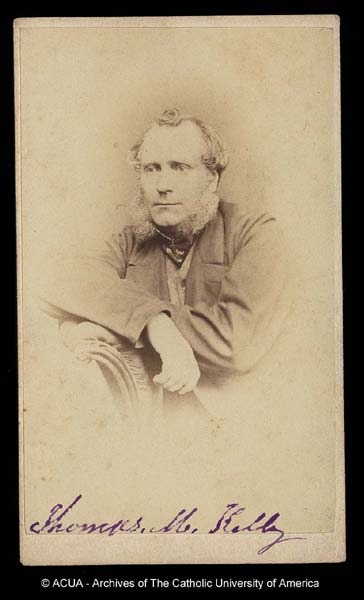 As America was born and grew as a nation in the 1700s and 1800s, a different, but comparable, historical saga was unfolding in Ireland. Ireland at that time was not an independent nation, but a possession of the United Kingdom, and the Catholic Irish suffered from mistreatment, exploitation, and ethnic stereotyping at the hands of their English rulers. In 1798, the Irish made their first, unsuccessful attempt to win independence from the English through armed rebellion, inspired in part by the republican principles of the French Revolution. Throughout the 1800s, there were several subsequent Irish attempts at independence, some by violent, some by political means, all of which were put down. Ireland did not ultimately win independence until 1922, with the international recognition of the Irish Free State. Northern Ireland, with its large Protestant presence, chose to opt out of the Irish Free State, and remains part of the United Kingdom today.

Tension between the English and the Irish had two aspects-ethnic and religious. For the Irish, as for many European nationalities, their Catholic faith seemed intimately entwined with their sense of national identity itself, and the two were difficult to separate. Ireland’s struggle for independence spilled over into the New World because of the high immigration rates of Irish into the United States, starting in the 1840s because of the Irish potato famine. Many Irish men and women in the New World continued to take an interest in their ancestral country’s struggles; the Fenian Brotherhood is an example of this interest spilling over into actual intervention. Although the Fenian Brotherhood was dedicated to Irish independence, it was founded in the United States in 1858 by two Irish immigrants. The Fenians probably had little real chance of success, although they organized and amassed weapons; one of these documents even marvels that an arrested Fenian should belong to such an “eccentric” organization, since he seems so respectable. One of the dubious plots of the Fenians was to invade Canada, a British possession, in order to pressure Britain to grant Ireland independence. Patriots to some, terrorists to others, the Fenians represent a fascinating example of the culture of the Irish diaspora, or worldwide scattering.

As you read these texts below, reflect on the following questions:

-How does the New York Daily Tribune article explain the connection between Catholicism and being a Fenian? Do you think the situation was as straightforward as the article makes it out to be? Why does the article think that capturing Canada would be a viable plan for the Fenians?

-The Fenian Conspiracy: Arrest of the Head Centre, Stephens, and three others of the Fenian Brotherhood (The Irish Times, November 13, 1865).

-Fenians in Ireland: Their Hopes and Fears (The New York Daily Tribune, January 28, 1866).