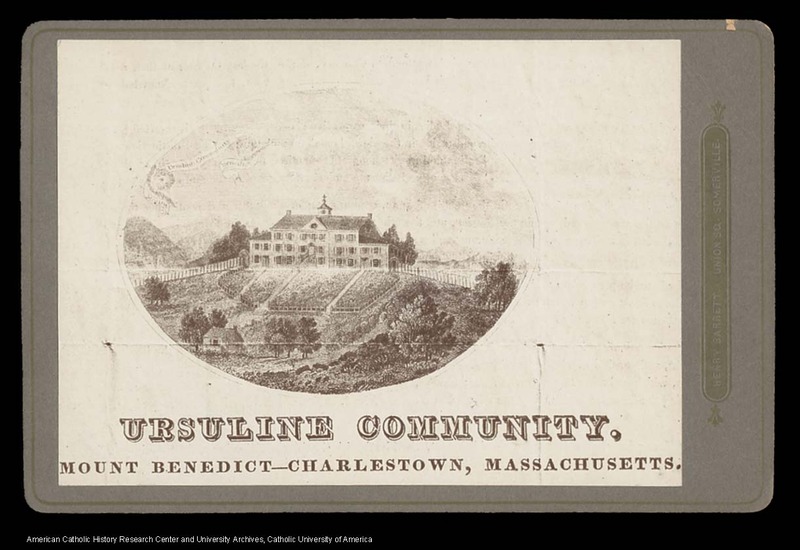 We see anti-Catholicism crop up during several different eras of American history. The Puritans who originally founded the Plymouth colony in Massachusetts in 1620 were motivated, in part, by a desire to be separate from the Church of England, which they considered too similar to Catholicism. Even after the American Revolution, Catholicism continued to loom large in Protestant Americans’ imaginations as a foreign, European religion, the religion of the despotic royalty of Europe, not of the democratic people of the United States. Many Protestant Americans had a distorted idea of Catholicism which did not match reality. Because they had met few, if any, actual Catholics, they instead concocted stories of corrupt, greedy priests, or of the superstitious worship of Mary and the saints. The very fact that Catholicism was strange and unfamiliar, and that Catholics were a small minority in America at the time of the Revolution, contributed to people’s lurid imaginings about it.

The immigration of European Catholics increased in the 1800s and forced many Americans to deal with the religion in a more direct way. A wave of Nativism (a prejudice towards immigrants and preference for native-born Americans) and anti-Catholicism swept across America in the first decades of the 1800s. Nativists sought to block the construction of Catholic churches and other institutions in their communities, since they saw them as toeholds for the power of the Pope, whom, they feared, would invade America and put an end to their democratic institutions. One such victim of Nativism was the Ursuline convent in Charlestown, Massachusetts.

The convent in Charlestown, Massachusetts was a relatively new building, mostly occupied by Irish nuns who had been educated in France, and home to an exclusive, girls’-only school that was largely attended by the daughters of New England’s wealthiest, and typically Protestant, families. Suspicions about the convent flared up when one of the nuns, who apparently was having a breakdown from overwork in her job as a music teacher, fled the convent in a state of confusion and had to be retrieved and brought back for treatment. Rumors flew that women were being kept in the convent against their will, and, partially to “rescue” them, a large mob of townspeople assembled and burned the convent to the ground on August 11, 1834.

One of these readings discusses the events in the days and hours surrounding the burning of the convent and examines the question of responsibility. The other selection is an example of a subgenre of literature that emerged around this time, pseudo-exposés of abuses of young women that supposedly occurred within Catholic convents. A famous example of this anti-Catholic literature is The Awful Disclosures of Maria Monk, written by a brain-damaged young women who claimed to have joined a convent in Catholic Montreal, only to be subjected to horrific ill-treatment at the hands of priests and her superiors. Although Maria Monk was later discredited as a charlatan, her stories succeeded in inflaming anti-Catholic sentiment. The story you read here is a potboiler which plays off the classic theme of the beautiful young woman in peril, and alters historical events quite freely.

-Why, according to Ephraim Tucker’s paper, did the Ursuline Convent prefer to admit wealthy Protestant students rather than Catholic ones? Why might these wealthy New England families have been open to their daughters studying under Catholic nuns?

The Burning of the Ursuline Convent

The Convent's Doom: A Tale of Charlestown in 1834

← The Immigrant Church - Irish
Next Page: