Memorandum of Understanding between the Vatican Emigration Office and War Relief Services- NCWC (no author), 1947. 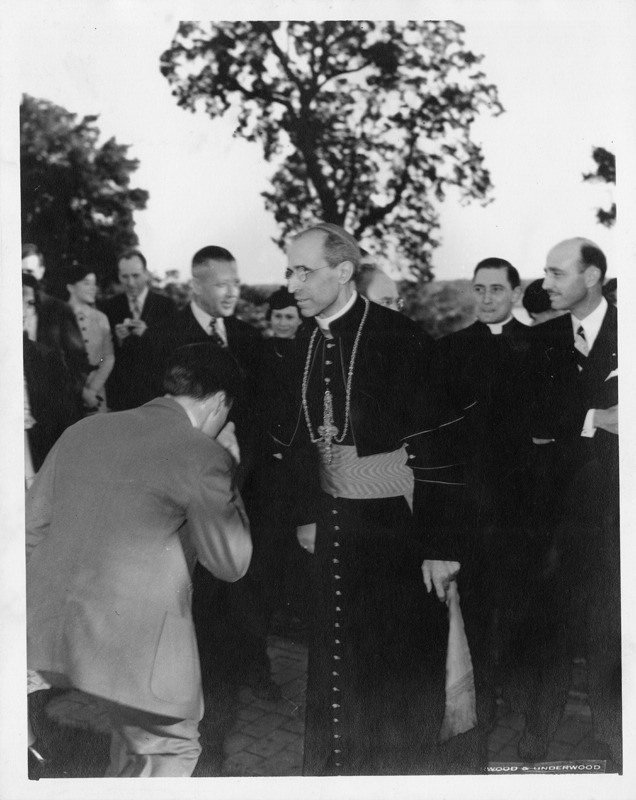 This document, which has no specified author, clearly explains the lines of authority between the Vatican, the US Bishops, and other local hierarchies. Basically, the document reaffirms that the US and British governments’ invitation to assist in the refugee aid and resettlement process was extended to the Holy See itself. The US Bishops were only indirectly invited, through the Vatican, to participate in this effort. One can see, in this document, an effort by the Vatican to pre-emptively stamp out an excess of independence among the American hierarchy; in fact, the perceived independence of the American hierarchy, and their eagerness to act on their own, had concerned the Vatican before during events like the Americanist controversy of the previous century. The American hierarchy was also sometimes perceived by the Vatican as being overly friendly to the modern world, and too willing to become integrated into secular American society.

Here, in contrast, this document insists that all information and data on refugees be primarily under the Vatican’s control, and that all negotiation with international organizations, such as the International Refugee Organization, be conducted through the Vatican rather than through local clergy. The document also includes a chart which details the chains of command, from the top down, among the various Catholic refugee aid organizations. 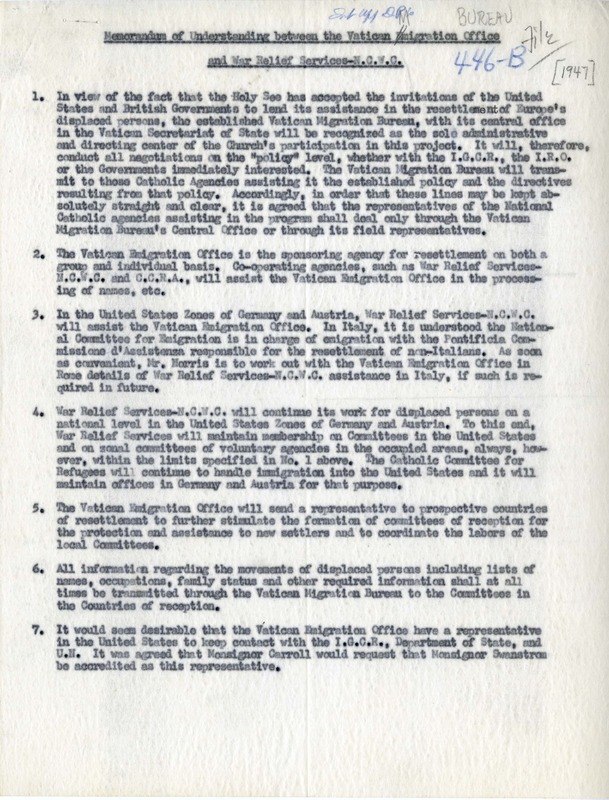 ← Letter from Cardinal Spellman to Archbishop McNicholas, with an enclosed excerpt from a confidential letter received in Vienna on December 15, 1947
Next Page:

John J. O’Grady, Executive Secretary of the NCCC, “Address Before the Syracuse Citizens Committee on Displaced Persons, Hotel Onondaga, Syracuse, New York: The Challenge of Displaced Persons to the People of the United States,” January 10, 1948 →