American Catholic History Classroom > Exhibits > Catholics, Refugees, and Resettlement > So What? > The Church, the State, and Transnational Organizations

The Church, the State, and Transnational Organizations 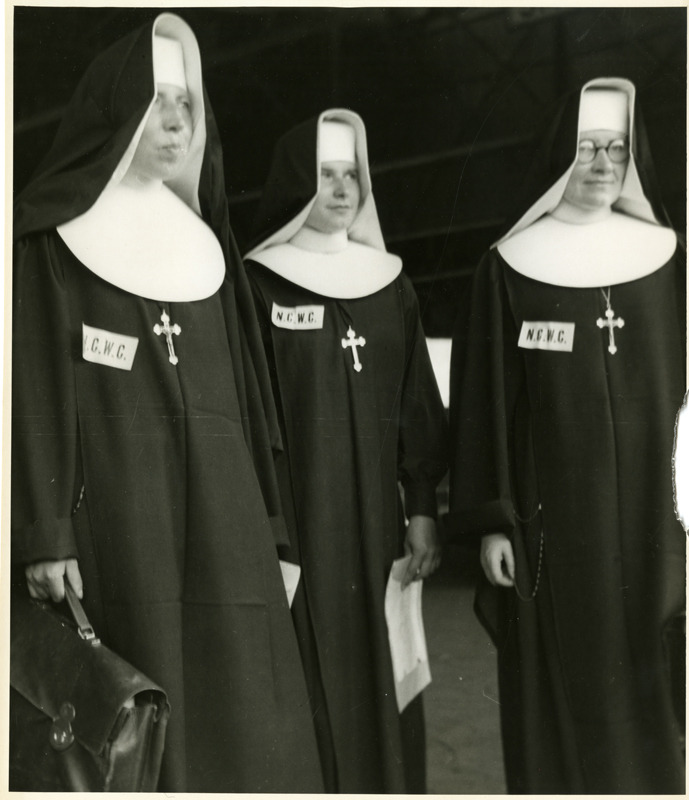 These documents help us to see, not only the inner workings of the National Catholic Welfare Conference and its various departments, but also the NCWC’s interaction with other groups and organizations.  It is important to remember that the NCWC does not reflect the stance of the Catholic Church as a whole, but, rather, only one aspect or piece of the Church; in these documents, we see the NCWC not only giving orders and corresponding with other people and organizations, but also taking orders from the higher members of the Church hierarchy at the Vatican, in Rome.

The groups that the NCWC worked with, cooperated with, and negotiated with over the course of its efforts to aid and resettle refugees included other Catholic organizations, Protestant and Jewish groups, ethnic organizations, the US government and its varying levels of bureaucracy, and transnational organizations such as the United Nations. Many of these transnational organizations were new entities that had come into being as a response to World War II, and were part of an international effort to repair, as far as possible, the humanitarian crisis caused by the war.

Some examples of negotiation between the US bishops and other organizations include the NCWC’s push for more lenient immigration regulations for refugees, which involved extensive dialog with the US government, and the NCWC’s cooperation with other Catholic and ethnic organizations in the US during the process of resettlement.

← Occupation, Region, and Agriculture vs. Academia
Next Page:

Cultural Negotiation and "What It Means to be an American" →