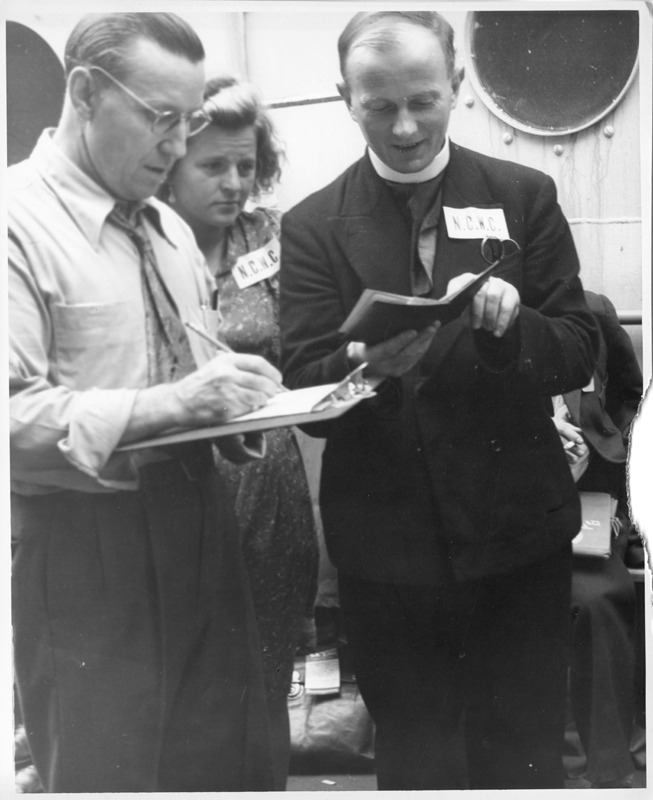 Pope Pius XII’s letter to Archbishop McNicholas demonstrates the extent of the Pope and the Roman hierarchy’s support for the resettlement effort. As we can also see in other documents, the US bishops acted to aid refugees and Displaced Persons (DPs) both out of charity, and in obedience to a mandate from Rome that made refugee aid a priority. In fact, this letter echoes the pronouncements and speeches of US bishops on the subject, with the difference that this letter employs far more lofty and Biblical-sounding language, as is typical with Apostolic Letters. Pope Pius XII describes refugee aid as an act of charity, and charity, he says, is the surest way for the believer to serve God and attain Heaven. The Pope uses particularly heart-rending language when he speaks of the plight of orphaned, refugee children, whom he describes as both defenseless and innocent. In fact, as we see in other documents, orphans actually accounted for a relatively small proportion of all refugee children. Even if a child’s actual parents had died, they would frequently be adopted or cared for by another family in the camps. The Pope praises the US bishops’ efforts thus far, and spurs them on to even greater acts of charity. 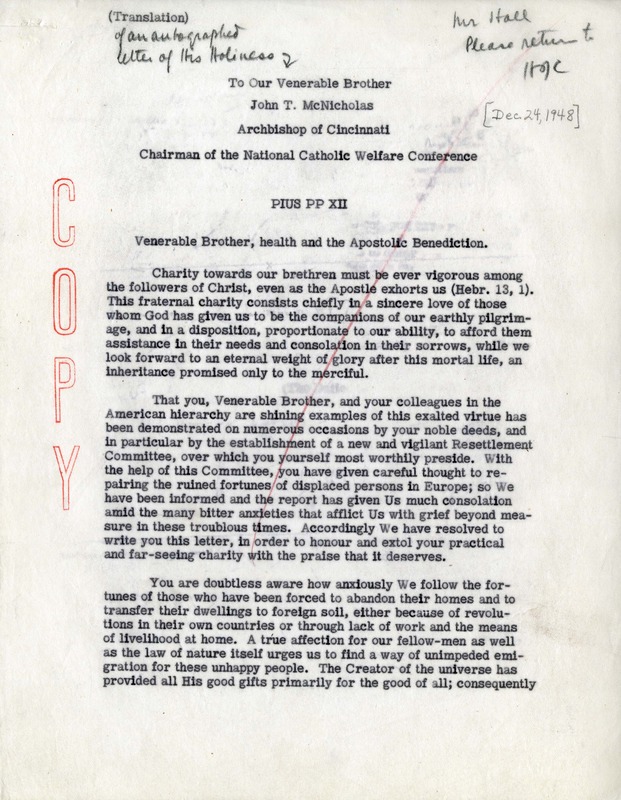 Inter-Office Communication of the NCWC from Bruce Mohler to Msgr. Carroll, November 28, 1949, with enclosure, letter from Father Killion to Bruce Mohler, November 21, 1949 →