American Catholic History Classroom > Exhibits > Catholics, Refugees, and Resettlement > So What? > Cultural Negotiation and "What It Means to be an American"

Cultural Negotiation and "What It Means to be an American" 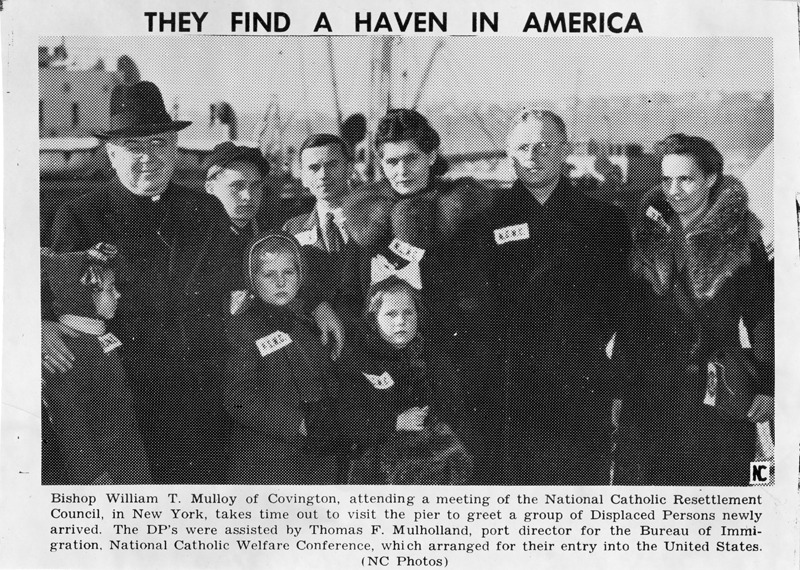 In these documents, we see the authors struggle to define “American-ness”, during an era of American history when conceptions of what it meant to be an American were rapidly changing in the estimation of many different groups within society. World War II itself served as a catalyst that helped to transform people’s ideas on inclusiveness, and on who should be admitted to “mainstream” society. Men from minority groups within American society, such as African-Americans, Catholics, and Jews, often fought alongside white, Anglo-Saxon Protestants during the war and achieved a new sense of belonging. Whatever their differences, Americans of all stripes were unified by their opposition to Nazism. While World War II, of course, did not immediately result in a perfectly integrated American society, events during the war paved the way for later steps forward in race relations.

Even in contemporary politics, we can still observe many people invoking the qualities associated with an ideal “American-ness.” Resilience, resourcefulness, a willingness to work hard, and a spirit of optimism about the future are some of the qualities that the authors of these documents describe the refugees as possessing, in order to illustrate the refugees’ compatibility with American culture. The documents’ emphasis on the agricultural background of many refugees can also be seen as a nod to the agrarian tradition in American society. Many American thinkers and writers, from Thomas Jefferson to Wendell Berry, have perceived the rural, farming life as more pure, noble, and quintessentially American than the urban lifestyle. Of course, in reality, neither Americans nor refugees were a homogenous group; wide variations in religion, ethnicity, education and region of origin could be found among both.

← The Church, the State, and Transnational Organizations
Next Page:

The Cold War and Displaced Persons as "Victims of Communism" →