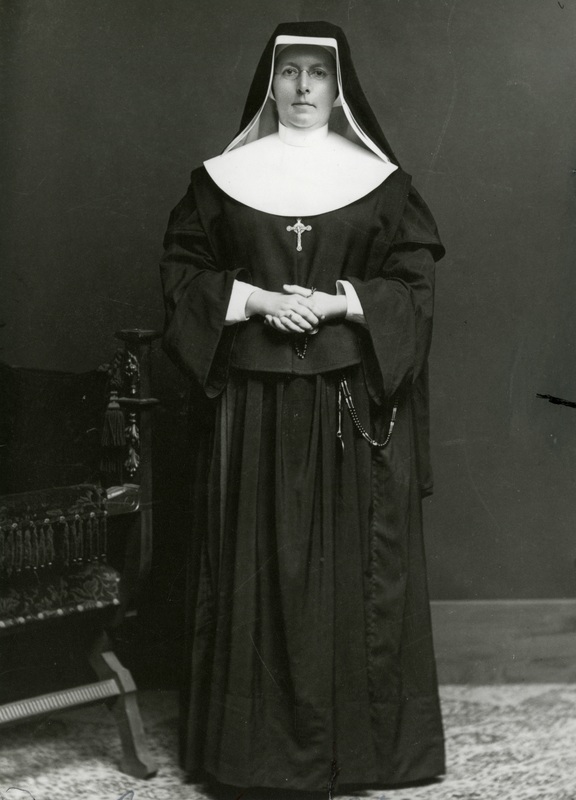 Mothers Joseph Hartwell and Demetrias Cunningham led the Mission Helpers from their earliest years. Mother Joseph had founded the community in 1890 and served as its Mother Superior; Demetrias was meanwhile one of the first women to join the small group, in 1891, and by the mid-1890s was working as Joseph’s deputy in the role of Mother Assistant.

Very early in their existence the nuns faced obstacles to their governance. From 1890 through 1893, despite leading the small community, Joseph still held the title “sister” rather than “mother,” which the other Mission Helpers felt was more appropriate given her responsibilities. However, their spiritual director, Fr. John Slattery, refused to grant Joseph this title without an explicit command to do so from Cardinal Gibbons. The other sisters then petitioned Slattery’s confessor, who brought the request to the Cardinal himself. In October 1893 Cardinal Gibbons ordered Slattery to elevate Joseph to the position of Mother Superior, to which he obediently complied. However, angered that the nuns had gone to Gibbons without his knowledge, he imposed a harsh public penance on Joseph at the very ceremony in which he bestowed her with the office of Mother Superior: he commanded her to wash all the nuns’ feet and for each sister then to strike her on her bared back with “the discipline.”

In the following years the sisters grew increasingly anxious, both because they desired a formal “rule” governing their way of life, and because they hoped to expand their ministry toward all “poor and neglected” peoples, regardless of race. Fr. Slattery, however, continued to drag his feet with regard to writing their rule, while he also remained steadfastly opposed to altering the scope of their work. Thus, in 1895 and 1896, with other more sympathetic priests acting as their intermediaries, the sisters again appealed to the Cardinal. In 1896 Cardinal Gibbons replaced Fr. Slattery with Fr. Peter Tarro as their spiritual director and permitted the Mission Helpers to broaden the scope of their ministry. 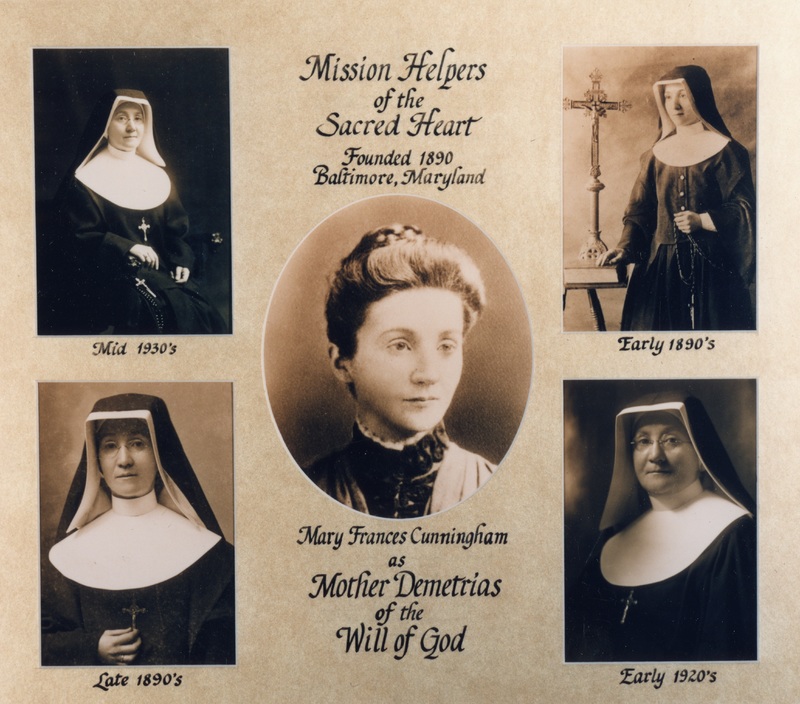 Over the next ten years the Mission Helpers expanded rapidly. They opened houses in Atlantic City and Trenton in New Jersey, New York City, Puerto Rico, and Guam. Yet despite Mother Joseph’s concern for composing a rule to stabilize the structure of the community’s governance, by 1906 no rule had been written nor confirmed. During the summer of 1906, after a two year stint managing the houses in Puerto Rico, Mother Demetrias returned to the order’s Mother House in Baltimore. Mother Joseph, meanwhile, had travelled to Europe with one other sister as she gradually made her way to the Philippines to open two new houses there. Shortly after Demetrias's arrival in Baltimore, two of the senior nuns approached her to show her the order’s finances. The Mission Helpers, in 1906, were nearly one hundred thousand dollars in debt.

In September 1906 Demetrias, with the backing of their spiritual director Fr. Tarro, wrote directly to Cardinal Gibbons regarding Mother Joseph’s mismanagement of the order. Appalled, the Cardinal revoked the Mission Helpers’ permission to establish a house in the Philippines and commanded Mother Joseph to return from Europe so that the community could hold its first election for Mother Superior in Baltimore. When Mother Joseph first learned of events taking place in Baltimore, she stalled for some time, writing to defend herself to the Cardinal and to build support among the sisters scattered across the order’s various houses. However, after receiving letters from Fr. Tarro ordering her to return to the United States, she did so, sailing to their house in New York City.

With Joseph in New York and Demetrias in Baltimore, the two women continued to write letters as each sought to build support for her position among the other sisters of the order. A general chapter of the Mission Helpers, the first of its kind, was to be held on November 5, 1906. By early November, Mother Joseph had the support of at least three younger nuns living with her at the New York house; however, only thirteen of the more senior sisters (including Demetrias and Joseph) were eligible to vote at the general chapter, and by all appearances Demetrias had their unanimous backing. Thus, on the morning of November 5th as the chapter convened for its vote in Baltimore, Joseph remained in New York. Demetrias was unanimously elected Mother Superior of the Mission Helpers. The next day, the sisters in Baltimore received word that the three younger nuns in New York and Joseph (who was now reassuming the name Anna Francis Hartwell) were leaving the order and returning to secular life.

In the following years, Anna Hartwell continued to write to members of the Catholic hierarchy as well as benefactors of the Mission Helpers, arguing that she had been unjustly removed from her position in the order. Mother Demetrias, meanwhile, had to defend herself and the other sisters repeatedly in letters written to confused and concerned financial patrons.

On September 16, 1910, Anna Hartwell died suddenly of influenza while in Rome. She had gone there to petition the Vatican for her restoration to the Mission Helpers. She is buried there in the cemetery of San Lorenzo.

Demetrias Cunningham held the office of Mother Superior until she stepped down in 1924. She died on April 9, 1940.

← Letters on the Laundry
Next Page: