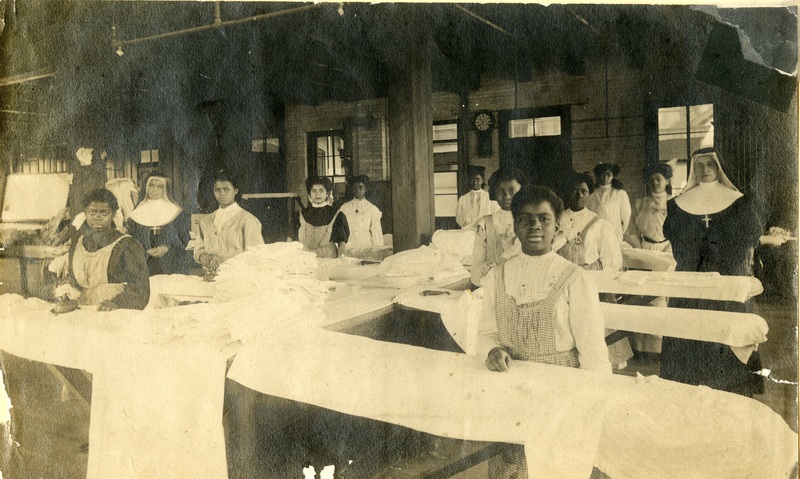 At their foundation in 1890, the Mission Helpers directed their ministry toward America’s “poor and neglected.” Initially they focused all their efforts on African Americans in Baltimore, both adults and children; however, after 1896 they expanded their work to individuals of any race. Almost all of their new students were either immigrants (From Italy, Puerto Rico, and some from China), or deaf people, both black and white. The vast majority of those to whom they ministered were poor.

The very first services they provided were religion classes held in their convent (which comprised of five adjacent row houses along Biddle Street), but in 1891 at the prompting of Cardinal Gibbons they established vocational sewing courses for African American girls in some of the local churches and from then on vocational education would remain an essential aspect of their work. Simultaneously, at the instruction of their spiritual director, Fr. Slattery, in the early 1890s they made an income by doing the laundry for the local Josephite seminarians (Fr. Slattery’s order). This was work that the sisters resented, and which they stopped doing soon after Fr. Slattery ceased acting as their spiritual director in 1896.  However, to pay their growing debts, they established a laundry later that year which did business with lay people and clergy alike. Right away the nuns expanded their vocational education for African American girls to include work in the laundry alongside several of the sisters themselves. The proceeds from the laundry, which became one of the nuns’ most important sources of revenue, went directly to paying down the debt. Neither the individual sisters (as religious who had taken a vow of poverty) nor the girls (as vocational students) received any pay for their work in the laundry. The laundry remained open until 1945.

The famed nun Katharine Drexel and her wealthy sister Elizabeth Morrell, due to their work with African Americans, developed close ties with the Mission Helpers as early as 1890. Indeed, Drexel and Morrell helped finance the establishment of the Mission Helpers’ laundry business. The collection here has scores of letters from the 1890s through the first decades of the twentieth century from Mother Drexel and her sister Mrs. Morrell to Mothers Joseph and Demetrias. Many of the letters concern financial support Drexel and Morrell were providing the Mission Helpers, yet others involve transferring African American children from one or another of Mother Drexel’s schools to the care of the Mission Helpers. Mother Drexel often transferred children to the Mission Helpers because of overcrowding in her own schools, or as punishment to a child who had misbehaved in one way or another (by sending a letter to a man or a family member without permission, or becoming pregnant, for example). The letters also reveal that both Katharine Drexel and the Mission Helpers were prone to send children they thought of as “morally bad” to a Baltimore institution run by another order of nuns, the Sisters of the Good Shepherd. This was viewed as a severe punishment, and reserved for those children they believed required more stringent penance and correction. 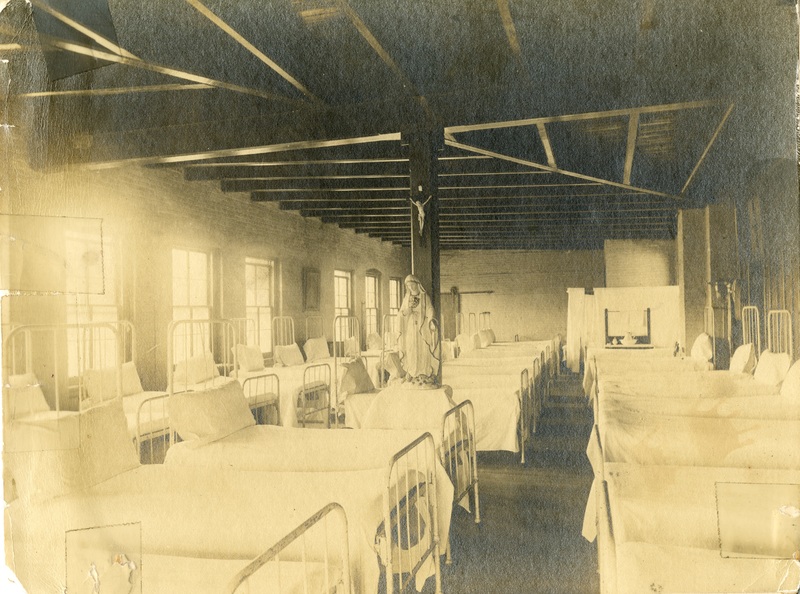 Yet the letters also provide glimpses of controversy when a parent, relative, or even some of the nuns themselves became concerned about the treatment of children in the Mission Helpers’ care and complained that a child was over worked or abused. In these situations the nuns would often seek to mollify parents by monitoring the letters their children sent home or by allowing the parents to meet with their child under the supervision of one of the nuns. In extreme situations, such as when a parent threatened to go to the media, the nuns would release the child to his or her parents. In other circumstances the two sides would have to appear in court to argue over custody, and in still other cases the nuns at least considered transferring the child across state lines to where the local laws could ensure the youth remained in their custody (as Mother Drexel suggested to Mother Joseph on March 23, 1900).

Laws regarding child labor were in flux during these years and differed from state to state. Since the 1870s and 1880s child rights activists had lobbied state governments to regulate child labor, but had had only partial success by 1900. The state of Maryland’s minimum age requirement for manufacturing work in 1900, for example, was 12, while Virginia and the District of Columbia had no minimum age requirements. The first federal child labor laws were passed in 1916 and 1918, yet manufacturers successfully sued to the Supreme Court and the laws were overturned. It was not until 1938, when the structure of the economy had changed enough that there were already few children doing manufacturing work in the United States, that rigorous federal child labor laws were permanently instituted.[1]

The letters linked to on the next and other pages provide windows into the Mission Helpers’ care for children during the first thirty years of their existence. In these documents we can see the tenderness the sisters held toward the children for whom they were responsible, but also some of their practices toward child care and labor that were controversial in their own time as well as ours.

← Letters From Puerto Rico
Next Page:

Letters on the Laundry →