American Catholic History Classroom > Exhibits > The Mission Helpers of the Sacred Heart, 1890 - ca. 1920 > "To embrace all the neglected poor": Ministry to the deaf and Italians after 1896

"To embrace all the neglected poor": Ministry to the deaf and Italians after 1896 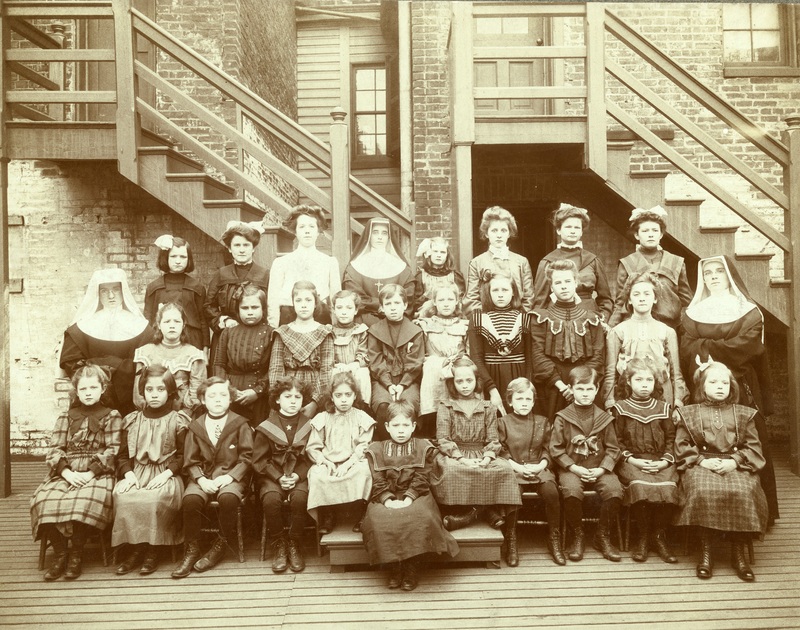 Three Sisters and their deaf students in Baltimore, c. 1900

In early 1896, Cardinal Gibbons granted the Mission Helpers permission to expand their mission work from African Americans to all the “neglected poor.” Soon after, the sisters established a school for “the deaf and mute,” which fast became one of the order’s most successful institutions. As Mother Demetrias noted to Mother Joseph in September 1900, many white benefactors viewed deaf whites more sympathetically than African American children, inducing them to give more charitable donations than before to support the nuns’ efforts. In opening a school for the deaf, the Mission Helpers were moving into a small but growing field of education. The first schools for the deaf in the United States had opened less than one hundred years earlier, in the second decade of the nineteenth century.[1] Religious and verbal education for deaf people then became a central feature of the Mission Helpers’ work as they expanded their ministry in the twentieth century.

Yet it was the East Coast’s many Italian immigrants that became the single largest group with which the Mission Helpers worked. This was especially the case after they opened new houses in Trenton, Atlantic City, and New York City, all of which, like Baltimore, were home to rapidly growing Italian immigrant communities. 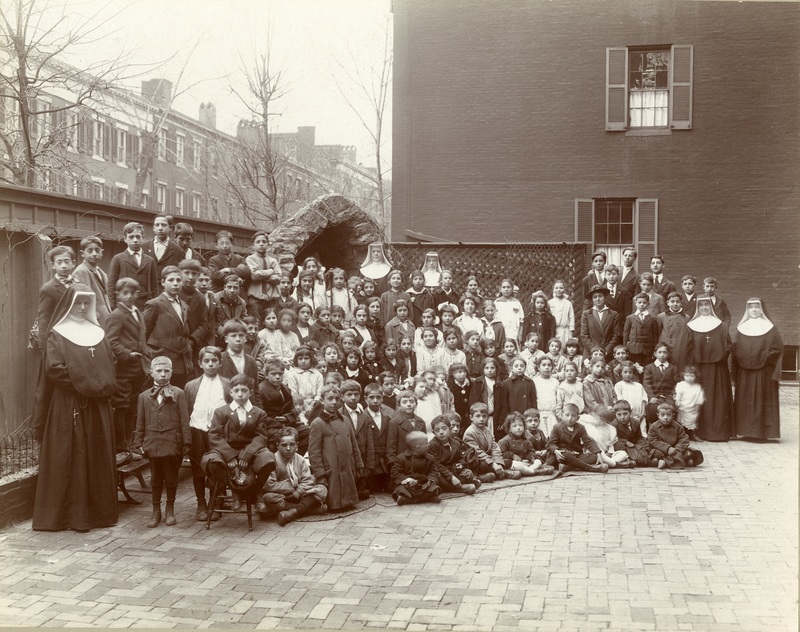 Like their work with the African Americans and deaf people of Baltimore, the Mission Helpers’ activities amongst Italian immigrants reflected their desire to assist the more marginalized communities of turn-of-the-century urban America. The years 1880 through 1924 witnessed an unparalleled mass migration of Italians to America’s major cities. Although never as maligned as African Americans, like other immigrant groups before and since the Italians were subject to prejudice and sometimes violence from native-born Americans.[2] Stereotyped as criminals and accused of unfairly taking the jobs of the native-born, on several occasions from the 1890s through 1920s mobs of Americans murdered Italians in places like southern Illinois, Pennsylvania, West Virginia, and New Orleans; meanwhile, in major cities such as Chicago, locals deterred Italian families from moving to their neighborhoods. In 1896 at least one “patriotic society” accused the Italian government of being “directly instrumental in shipping pauper and criminal immigration to America,” and called on the U.S. government to investigate Italian immigration.[3]  Anti-Catholic and anti-immigrant sentiments reached new peaks in the early 1920s; this culminated in 1924, when the United States passed a law imposing a quota system to regulate the national origins of arriving immigrants, completely restricting immigration from Asia and steeply cutting migration from Italy and southern Europe in favor of that from western and northern Europe.

It was within this context of mass migration and native-born resistance that the Mission Helpers pursued their work with Italians. The documents linked to on the next page provide glimpses into the lives, conditions, and communal organization of these immigrants, as well as the Mission Helpers’ work amongst them. Like other American Catholic religious of the time (see the Sisters of Charity in Cincinnati, for instance) the nuns feared American Protestants would successfully convert the Italian arrivals and sought to counteract them. Many of the sisters, themselves often the children of Irish immigrants, studied Italian in order to educate communities in the Catholic faith which still, in these first generations after migration, included many individuals who could not speak English. The nuns established daycare centers for young Italian children, and provided vocational courses in sewing as well as religion classes. Here we can see how, beyond their continued work with African Americans, after 1896 the Mission Helpers aggressively pursued missionary work to other marginalized communities in the United States, in particular, Italians and deaf people of all races.

← Documents of their Ministry to African Americans
Next Page:

Documents Regarding the Ministry to Italians →