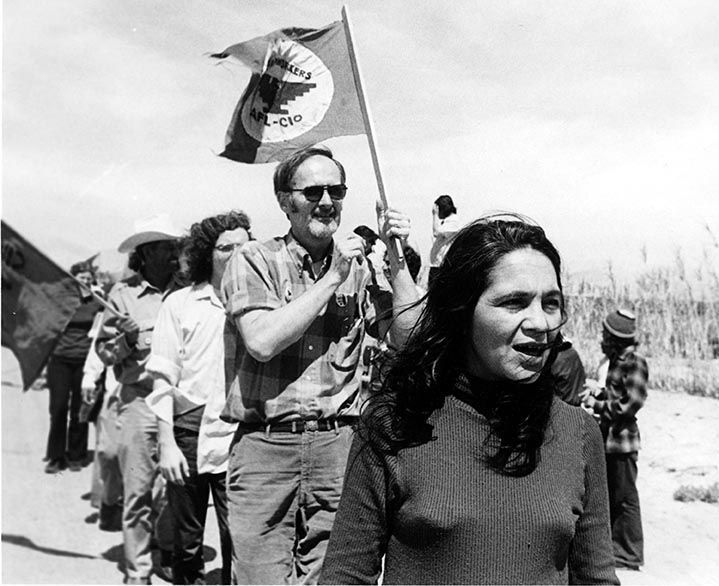 The grape strike had reached its ninth month by July 1966 when Ave Maria magazine published an interview with Cesar Chavez that was accompanied by a statement by the DiGiorgio Corporation, a fruit grower in Arvin, approximately one hour south of Delano. At the time, the National Farm Workers Association, soon to become the United Farm Workers, was battling DiGiorgio for the right to represent its workers.

Chavez, who claimed that they were fighting “the largest corporation in Delano now,” charged the company with not allowing free union elections, firing workers who were pro-NFWA, and setting pre-conditions for an election. The union, Chavez said, was intensifying its boycott against the company, including expanding to an international boycott. If these actions worked and DiGiorgio capitulated, the union planned to concentrate on the other growers in the area, about 37, of which Chavez claimed to have contracts with three. He went on to mention hopes of both national and state legislation to assist the union and gave his thanks to the Catholic Church for its support, saying that the “concern of the Church is social justice …. the position that the Church has taken is, well I only have one word for it, it’s beautiful.” 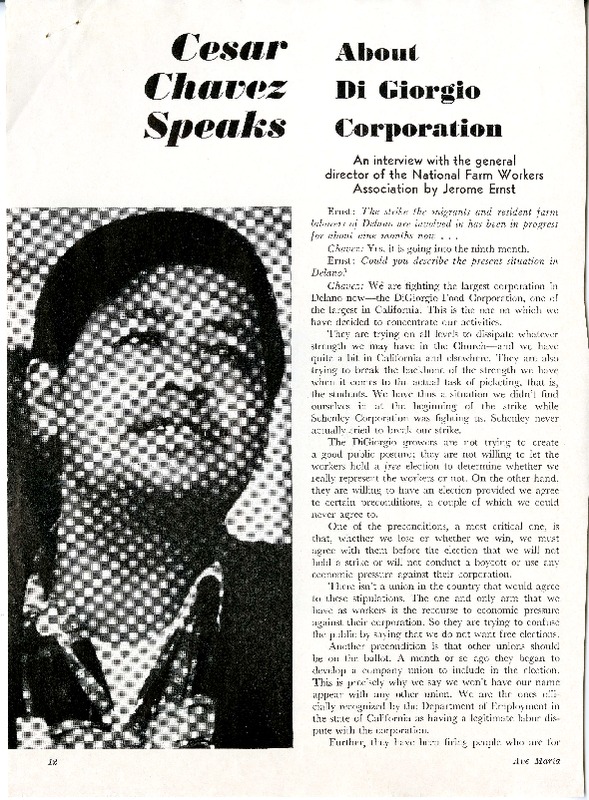 DiGiorgio, of course, saw the matter differently. In their statement, the management of the corporation said they had sought “a reasonable and democratic solution to the conflict” through a secret-ballot election and commence negotiations with the winner of the election, with unresolved issues going to an arbitrator after 30 days. If the unions were to lose, then they would have to agree not to boycott or strike the corporation for one year. Despite this, the corporation charges, the NFWA “has called for a nationwide boycott of DiGiorgio products in an attempt to pressure us into a private deal with that particular union.” The corporation was confident that workers would reject a union and called the boycott unjust and injurious to all involved.

The fight between the two sides would not end for another year, when DiGiorgio agreed to elections, which were won by the new UFW over the Teamsters, a union preferred by growers. It was one of the first major victories for the union during its five-year boycott.

1. Why did the national Church come to the aid of the farm workers and not the local parishes?

← Letter and news articles from Georgann Perelli-Minetti
Next Page: