The Bishop's Program for Social Reconstruction

Pledging the Church to Reform?

"Organize or perish." That was the watchword of the turn of the era, historian Samuel Hays has argued. It was the great age of organization and combination from giant corporations like U.S. Steel and labor unions like the American Federation of Labor to women's clubs, ethnic associations and fraternal societies. It was not just organization, but organization at the highest level, the national level. A revolution in transportation and communications starting with railroads and the telegraph and ending with the automobile and the telephone knit the entire nation together. Corporations were the first to take advantage, expanding in size and remaking their structures to serve national markets and tap resources anywhere in the country. Slowly political power began to concentrate at the national level as well. Other groups struggled to organize at a national level so they too could take advantage of national markets or resources or to defend or advance their interests in a national government. Mainline Protestant churches formed the Federal Council of Churches; women's clubs came together in a General Federation of Women' Clubs; ethnic clubs and societies banded together in national associations like the Sons of Italy or the Polish National Alliance. "Organize" or miss opportunities to build up resources, be ignored by the government or overwhelmed by your rivals: "organize or perish."

American Catholics understood this trend toward national organization and several sought to give their church in America some kind of national cohesiveness. Yet it was hard going. The Church was not organized by nations; it had an international center, the Vatican in Rome and local or regional dioceses led by their own bishops. Bishops in the United States had met sporadically, most recently in 1866 and 1884, in plenary councils to consider common problems, and Catholic laymen had met a few times in national congresses, but there was no ongoing national administrative structure for the Church in America. In 1901, Bishop James McFaul of Trenton helped organize the American Federation of Catholic Societies to encourage Catholic unity and promote Catholic interests. The Federation was interested in social and economic questions as well as issues of public morality and education.  In 1910, they created a Committee on Social Reform. Led by the second-generation German priest, Peter Dietz, the committee backed labor organization even as it became a strong opponent of socialist influence in the unions.

The Federation was troubled from the start by ethnic infighting and the opposition of many bishops. Some bishops worried that creating a national organization would only rouse the suspicions of nativists who feared Catholic attempts to "take over" the United States and might read "papist aggression" in a national organization. John J. Burke, a Paulist priest and editor of the Catholic World, felt otherwise. He believed that national organization was essential if Catholics were to defend themselves and advance and spread their faith.

Still, little was done until World War I. With the outbreak of the war, Catholic bishops realized that if they did not help mobilize their flocks for the war effort, nativists would once again begin to target them as disloyal. They also realized the need to ensure that Catholics were well represented among chaplains and all other services provided for American soldiers and sailors both in the United States and overseas. In 1917, Burke, with the backing of Cardinal Gibbons and other bishops, called for a meeting of Catholic representatives from across the country at Catholic University to establish a National Catholic War Council. A subsequent meeting of the nation's archbishops confirmed the plan for a national council and set up an administrative committee of four bishops, chaired by Bishop Peter Muldoon of Rockford, Illinois and including Bishop William Russell of Charleston, Bishop Joseph Schrembs of Toledo, and Archbishop Patrick Hayes of New York, to oversee it. The real day to day leader and moving spirit of the organization, however, was Rev. Burke.

The Council was a voluntary organization, established to give national direction and encouragement to the American war effort. It helped provide service facilities for soldiers and sailors in the United States and France as might be expected, but it did more than that. It also set up community or settlement houses in cities across the country to help "Americanize" Catholic immigrants, provide them with social services and encourage their commitment to the war cause. Very concerned that Catholics, so long accused of disloyalty, should get credit for their wartime sacrifices, the War Council also kept track of Catholic contributions to the war through an historical records commission and hired a public relations firm led by Larkin Mead.

World War I was the war to end all wars, and, many hoped, it would end with a new commitment to social reform, "reconstruction," that would ensure a lasting peace and justify its horrible carnage. As the tide of war began to shift to the Allies, organizations all across western Europe and America began to draw up blueprints or programs for reconstructing this postwar world. John A. Ryan kept a reference file of such plans that included over forty programs from places as diverse as Ireland and Paraguay and from organizations as various as the British Labor Party, the American Federation of Labor, the Federal Council of Churches, and the United States Chamber of Commerce.

Some people believed that America's wartime mobilization provided a good example of what that future society might look like. Broadly, the national unity and cohesion during the war inspired some (overlooking its uglier aspects of repression and nativist hysteria) to see a model for future social harmony and cooperation. More important, perhaps, the concrete steps taken to enhance federal power to mobilize the nation during the war, the War Industries Board, the Food, Fuel and Railroad Administrations, and the War Labor Board, seemed to suggest successful examples of government intervention into the economy.

The National Catholic War Council was eager to offer a Catholic plan for postwar America of its own and in April of 1918 created a Committee for Reconstruction, chaired by Rev. M.J. Splaine, a protege of the powerful Cardinal O'Connell of Boston. Splaine in turn chose Rev. John O'Grady, who had like Ryan studied at Catholic University under William Kerby, to be the committee's secretary and day to day executive. As the committee gathered and organized, events were moving quickly in Europe. The war ended on November 11, 1918, faster than most people anticipated. The War Council's Committee on Reconstruction was still being formed and O'Grady had only the vaguest notions of what its plan should look like. O'Grady, panicking in early December because he needed a plan immediately, turned to Ryan to write a program. Ryan at first resisted then agreed and dictated the Program to a typist two days later. Ryan's program was pushed quickly through the administrative structure of the War Council and approved by the four bishops. The publicist, Larkin Mead, set a release date for it: February 12, 1919, Lincoln's birthday.

The Program was called then, and forever after would be called, the "Bishops' Program for Social Reconstruction," the implication being that it represented the entire church's views on the remaking of America in the postwar era. That claim was disputed by some, because the War Council's authority to issue such a sweeping statement on behalf of the whole church was questioned. The War Council was a voluntary organization; it had no authority or weight beyond what each bishop gave it. Only four bishops, the administrative committee, actually signed off on it, although many later endorsed it.

John Ryan, initially reluctant to write the Program, quickly came to see it as his most important work up to that point. He told his sister: "I think that this action of the four bishops has given me more satisfaction than anything that ever happened to my work. It is a vindication of the theories that my name has been associated with, and, indirectly of all that I have done in this field. It is more than I had ever expected to get in the way of worthwhile appreciation." 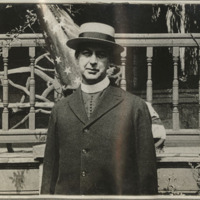 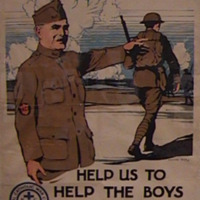 ← A Catholic Response to Industrial and Economic Change
Next Page: