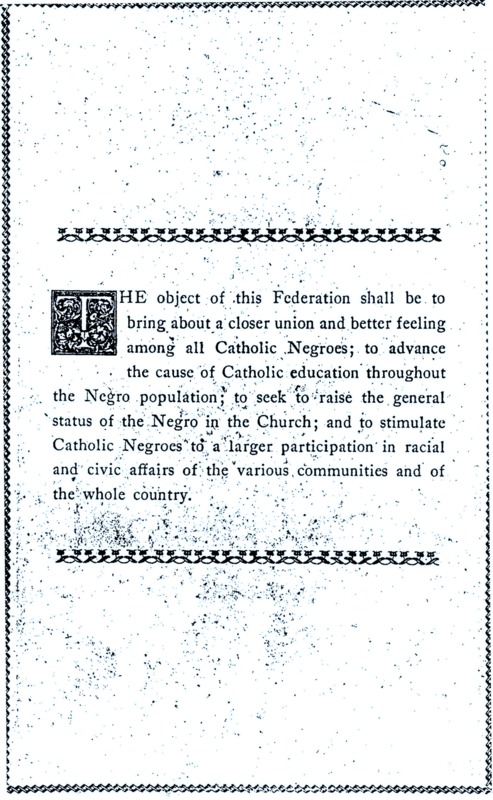 This short statement sets forth the objectives of the Federated Colored Catholics as they were envisioned in 1925. The method of attaining the ideals expressed here was often debated during the controversies that sometimes plagued the organization. Yet, these principles remained central throughout its evolution.