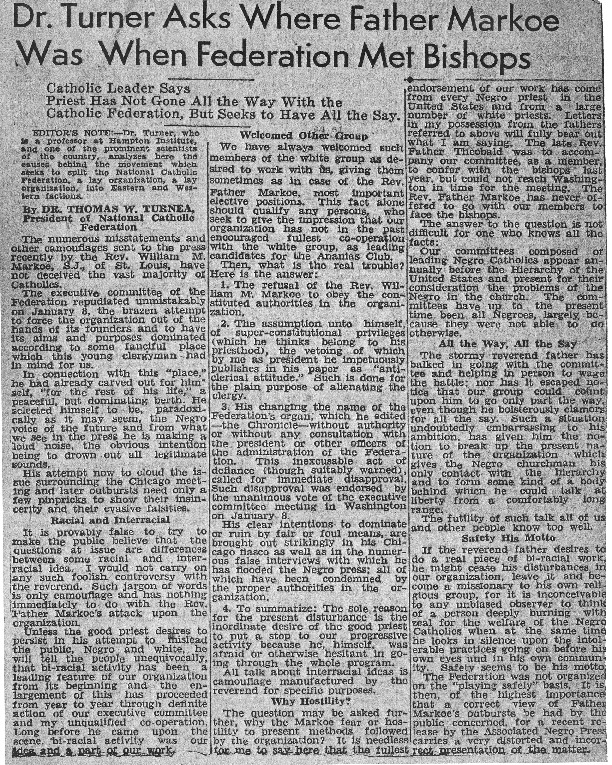 A few months after a similar draft was written by Turner, an editorial on Father Markoe's actions appeared in The Afro-American. In this article Turner accused Markoe of usurping the leadership of the Federation, acting and speaking hypocritically, and causing division within the Federation.