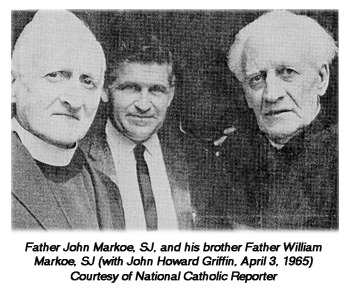 In September 1932 Elmo M. Anderson, the Executive Secretary of The Catholic Board For Mission Work Among The Colored People, wrote to Turner and informed him of the appointment of Father Markoe as Deputy National Organizer of the Federation. This appointment marked an important moment in the evolution of the relationship between Turner and Markoe and in the focus of the Federation. 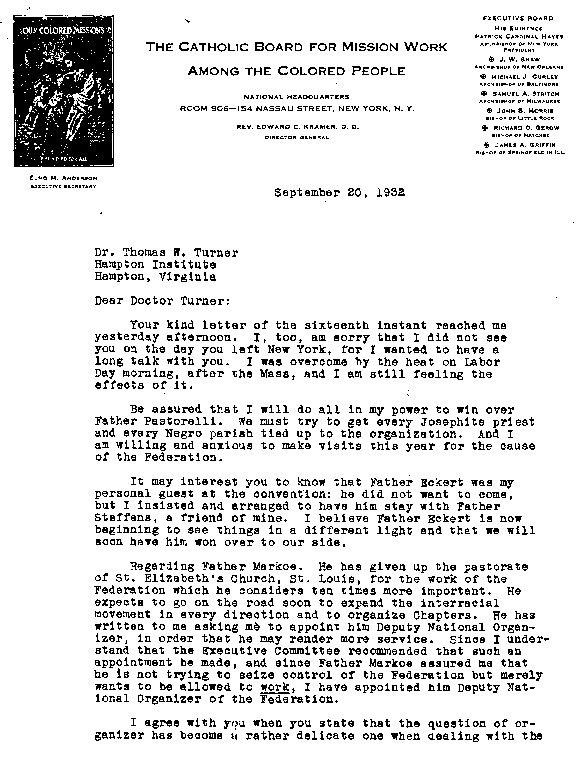