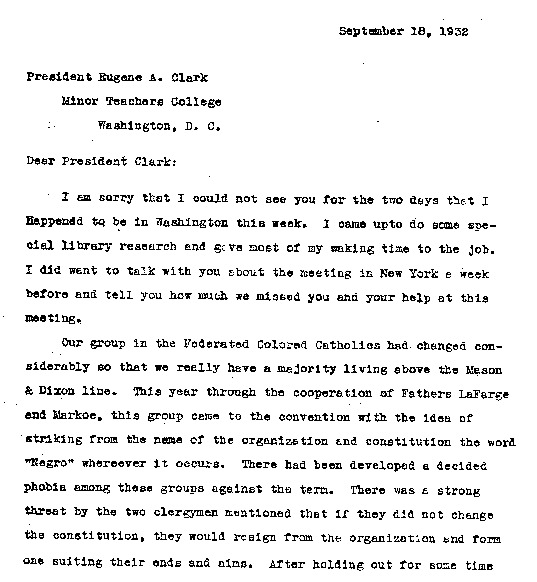 Shortly after the convention in New York in September 1932 Turner wrote a letter to a Federation supporter reporting on the issues debated there. Turner discussed Fathers LaFarge and Markoe and the controversy over whether the Federation should focus on interracial activity or on promoting racial solidarity.