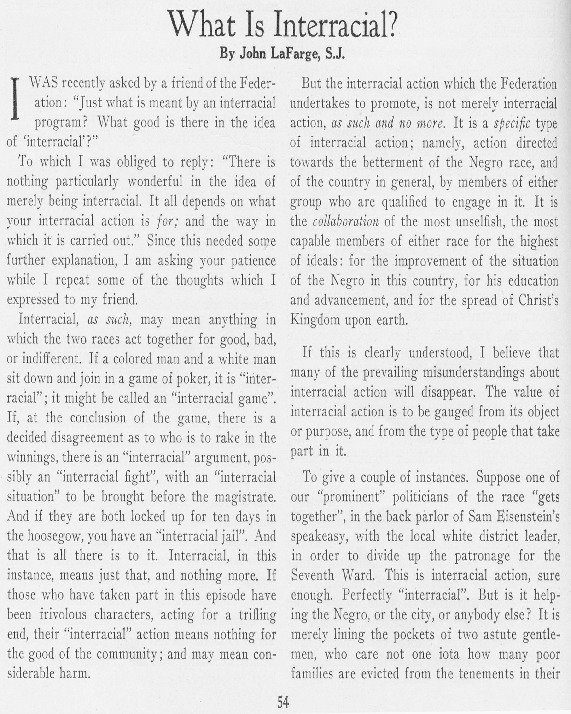 Father John LaFarge sought to educate Americans in order to eliminate the ignorance that underpinned prejudice and discrimination. His article entitled "What is Interracial?" appeared in the March 1933 edition of the Interracial Review and explained the meaning and value of interracial activity.