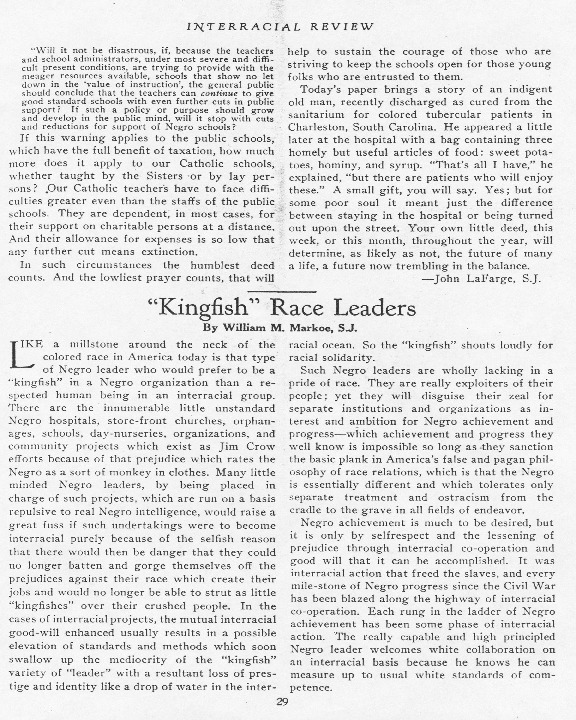 n his article (Kingfish Race Leaders,) which appeared in the February 1933 edition of the Interracial Review, Father Markoe expressed his opinion on activities intended to increase racial solidarity and on the leaders of such activities. This article provides an interesting contrast to the article by Father LaFarge on interracial activity. Though both priests ultimately favor interracial activity, their tone, reasoning and perception of racial solidarity differ greatly.

"The Negro and The Immigrant," Interracial Review, February 1933 →