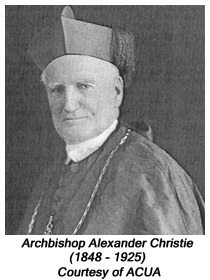 Archbishop Alexander Christie (left) was not a native of Oregon. Born and raised in Vermont, after his ordination in 1877 he served the church in Minnesota, Vancouver, and was Archbishop of Oregon City from 1899 until 1925. In this pastoral letter regarding the Compulsory Education Bill, Christie encouraged Catholics to unite in order to defend their constitutional rights which he believed were threatened by the bill. 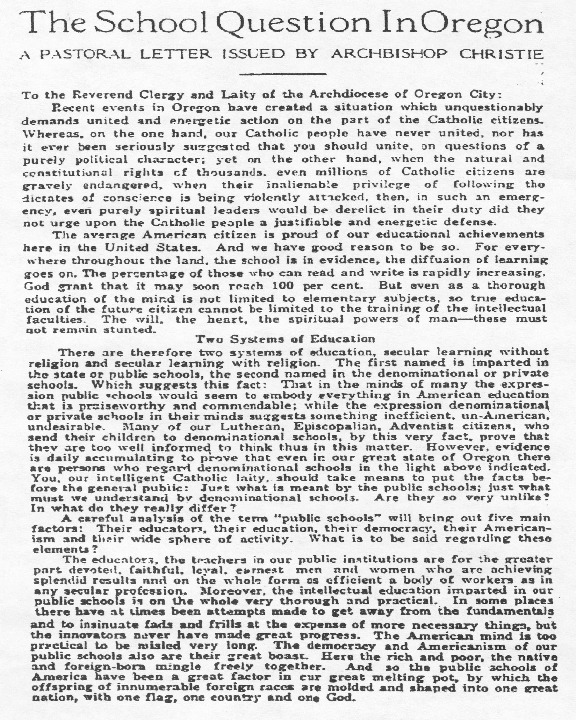