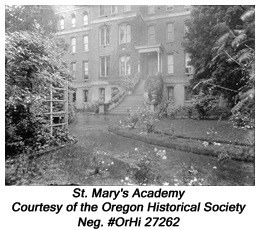 St. Mary's Academy was run by the Society of the Sisters of the Holy Names of Jesus and Mary. This school constitued a portion of the property on which the Supreme Court Case arguments were based. Opponents to the Compulsory Education Bill referred to it as the School Monopoly Bill. A group in Oregon, often called the Non-Sectarian and Protestant Schools Committee, circulated this pamphlet to encourage voters to oppose the bill. The group included statistics on the number of students in public and private schools, immigration, and literacy to support their arguments. 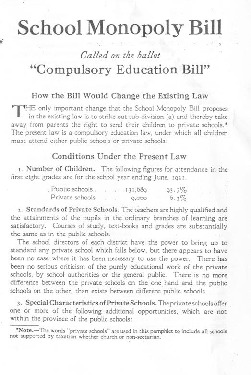 Catholic Civil Rights Association of Oregon, "Twenty-Four Reasons That You Should Vote Official Ballot 315,"No"," 1922 →