"The Bitter and The Sweet," Minutes from the LaGrande KKK meeting, January 26, 1923 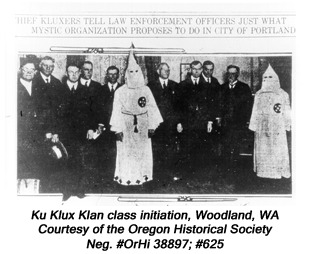 The Ku Klux Klan was a powerful group in America, growing in the 1920s to three million members. The Oregon Klan had 14,000 members including the mayor of Portland, many politicians, and police officers. Imperial Representative Fred Gifford of Portland expressed the Klan's three objectives as: opposition to control of public affairs by "aliens" (foreign-born) of any kind, opposition to "alien" land ownership, and establishing a genuine compulsory education. Below are the minutes from the LaGrande, Oregon Konclave (Klan meeting) of January 26, 1923. 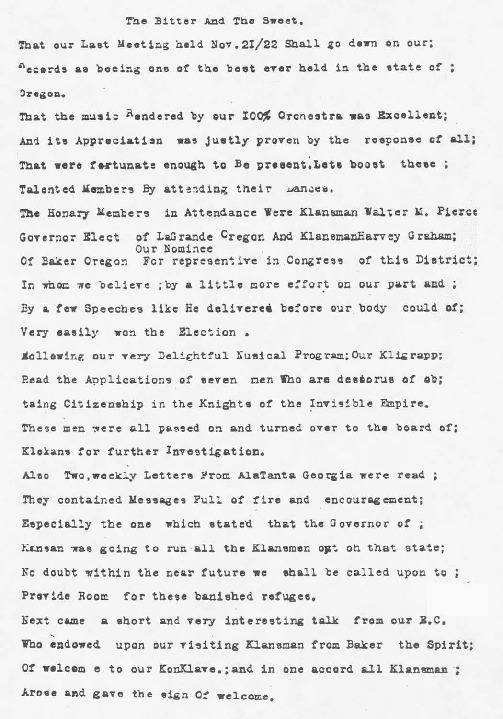