"Draft of Propositions on the Church's Missionary Activity," Vatican II 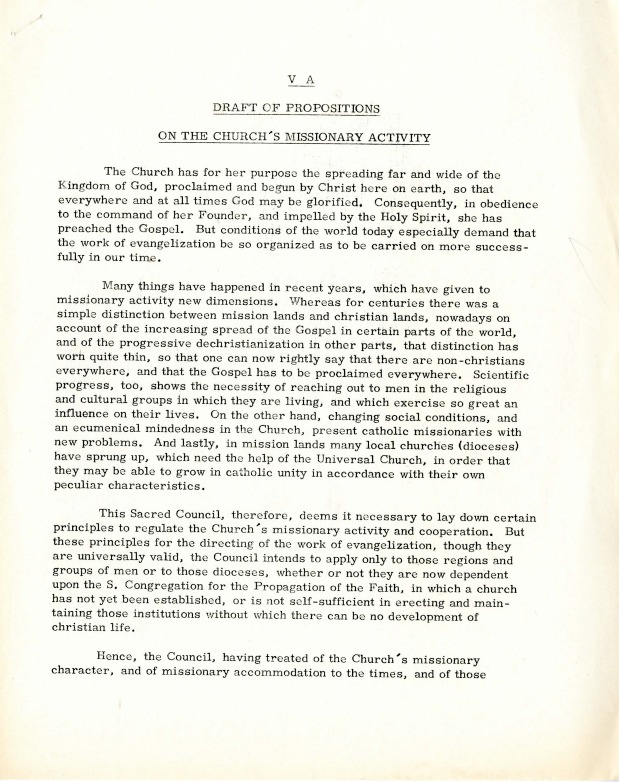 The Second Vatican Council was held from 1962-1965, addressing many social and contemporary issues facing the world. By changing the governing metaphor of the church to "People of God" rather than the "Mystical Body of Christ," American Catholics felt that their church had come to understand them and reflect democratic values. Fulton Sheen was named to the Second Vatican Council's Commission on Missions because of his work as Director of the Mission Aid Society in America. Fulton Sheen and the Commission on Missions described the way that Catholics needed to carry out their mission work in a post-Vatican II modern world.

← "Immigrant Aid and the Volunteer Worker" by Bruce M. Mohler
Next Page: