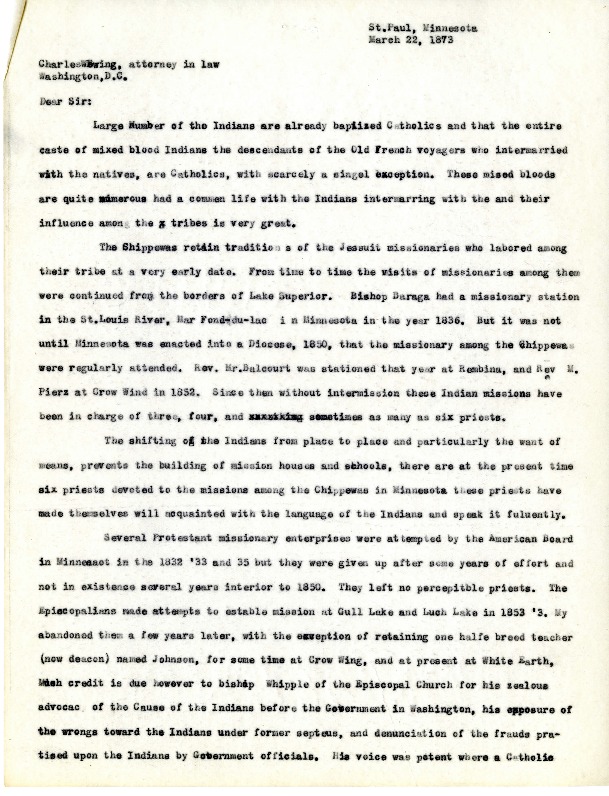 Charles Ewing was the first Catholic Commissioner for Indian Missions within the Catholic Indian Bureau. After President Grant was elected in 1869, his administration wanted to change the system of Indian agents through the Indian Peace Policy. Previously, most of the Indian mission work was done by Catholics, but they were pushed out through the Grant policy. Ewing was elected by the American Bishops because they felt that, as a prominent Washington D.C. lawyer, he could argue for Catholic interests against the federal government.