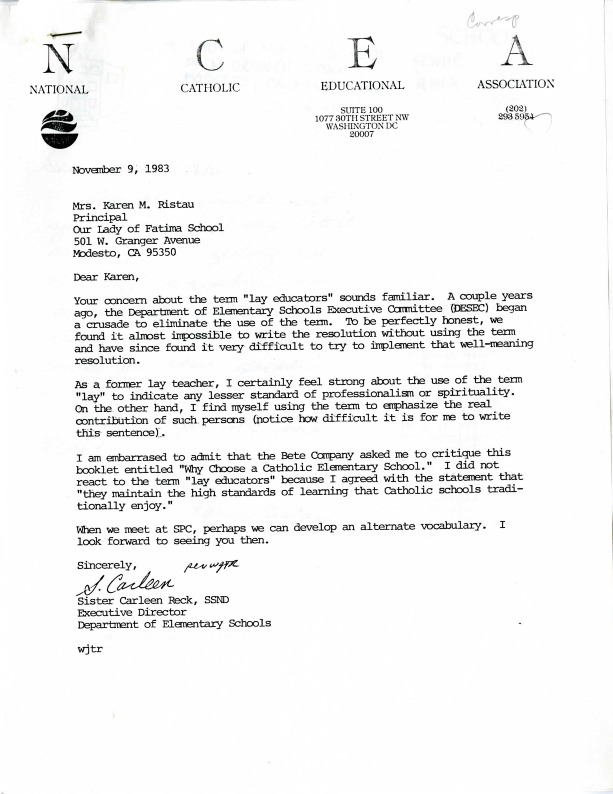 Catholic people and the clergy long discussed how to educate the youth and young adults to become members of the American Catholic community. The National Catholic Education Association provides leadership in representing Catholic educational interests in public life. This letter, written in response to a school principal, who was concerned about the term 'lay educators' in a book "Why Choose a Catholic Elementary School," represents a larger issue of lay people's role in the Catholic Church.

← "Draft of Propositions on the Church's Missionary Activity," Vatican II