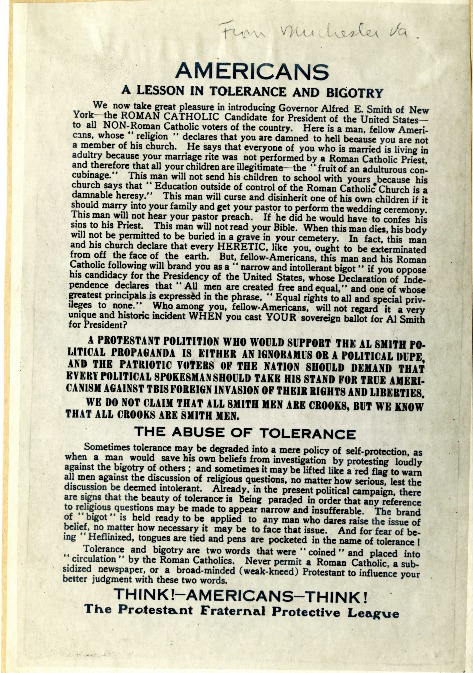 Alfred E. Smith, a Catholic Democratic Governor from New York, ran for President in the 1928 election. Here is an example of anti-Catholic literature circulated by The Protestant Fraternal League during Alfred Smith's campaign.

← "The Living Wage and Its Feasibility" by Reverend John A. Ryan
Next Page: