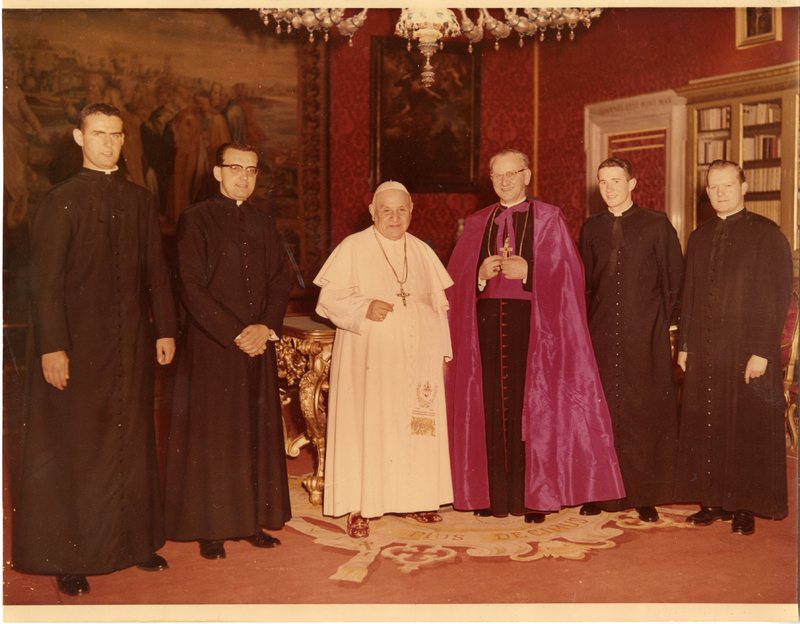 After the election of the first Catholic President of the United States in 1960, John F. Kennedy, American Catholics believed they were fully integrated into American society. During this period, the Catholic Church made critical changes to its mission and connection with lay people. The Second Vatican Council was held from 1962-1965, and addressed many social and contemporary issues facing the world. By describing the governing metaphor for the church as “People of God” rather than the “Mystical Body of Christ,” American Catholics felt that their church had come to understand them and reflect democratic values. Vatican II established lay Eucharistic ministers and readers, which allowed the male laity to participate in mass in a more meaningful way. Eventually changing the language of mass from Latin to English was also important because it allowed the laity to feel more connected to the service.

Vatican II had a prolific impact on American Catholic people, both positively and negatively. Women felt even more left out of church roles, because their male counterparts were able to participate more actively and hold positions in the church. Church membership began to drop in the 1960s and 1970s. American Catholic people also did not agree with Pope John Paul II on all social issues, and felt free to speak out against him even though he was a well-liked leader. Because many people began to speak out about women’s rights during this period, the issue of contraception became important for Catholics and non-Catholics alike.

Cooperation between Catholics and non-Catholics on social issues like abortion and contraception became normal, and Catholics began to stand out as an individual social and religious group less and less. Mixed religious marriages became more common, and Catholics were on equal economic terms with the rest of America.

The Catholic People of America Today →